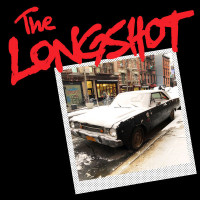 The Longshot is yet another side project from Green Day’s Billie Joe Armstrong. Billie’s side gigs range from legendary (Pinhead Gunpowder’s Goodbye Ellston Avenue is a fucking classic) to the toss-off (the Network) to the anachronistic (Foxboro Hot Tubs). He even collaborated on an Everly Brothers cover album with Norah Jones (still haven’t listened to this). Basically, these projects seem to offer Billie the opportunity to slip into a slightly different persona and a slightly different genre to give him a reprieve from Green Day’s arena punk. Let me go ahead and admit I’m a Green Day apologist, and aside from Uno, Dos, Tre, I think each Green Day album has its own strengths and mostly still hold up (there are a few good tracks on Uno and Tre – but these three turds have some of their worst songs of all fucking time).

The Longshot appears to be influenced by Billie’s brief excursion playing guitar in the Replacements’ reunion tour after Paul Westerberg suffered an injury. In Trouble Boys (Replacements biography), the band humorously has to tell Billie his services are no longer needed after he lingers on the tour a bit too long. Billie has been cagey about the personnel involved in this release and has encouraged misinformation to abound on the internet. “Love is for Losers” sounds like it could have been on Tommy Stinson’s most recent Bash and Pop album Anything Could Happen with Billie “riding shotgun in a car that’s broken down.” Billie actually pulls off this relaxed tempo remarkably well, and he is definitely an underrated melodic singer and arranger. The way he delivers “Aching / love is for losers” is pure yearning joy. The style of the Longshot would not be a stretch for even Green Day to explore as a maturation of their sound (again, instead of the abomination of the trio of albums – also as an aside, despite its occasionally clunky lyricism, Revolution Radio was at least a solid righting of the ship and will hopefully lead to some more quality releases from the band). “Taxi Driver” employs some sprightly handclaps to keep Billie “rolling like a stone.” “Chasing A Ghost” employs the now frequent vocal trick of Billie singing through a buried radio effect on the verses with a surge to double tracked chorus vocals and a descending guitar melody.

Two new loose songs have dropped as well: “Kill Your Friends” and “Body Bag.” “KYF” is very similar to the songs from the EP, but “Body Bag” has an interesting distortion filter on Billie’s vocals and as a power ballad is made a little more interesting with ramshackle, squealing guitar ad libs. The appearance of these two tracks hint that the EP was an appetizer to a coming full length.

So as a Replacements homage, The Longshot EP pulls off a respectable imitation of the Twin Cities heroes without the treacly, overt sentimentality of the Goo Goo Dolls. The lyrics on this collection aren’t as forced as the strain at anthem writing that marred Revolution Radio. It’s an enjoyable low stakes release from an elder statesman looking to blow off some steam and play around with a different style. Maybe it’ll prove some productive fodder for the next Green Day release.