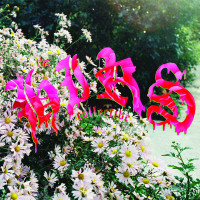 If you ask any transgender punk what inspired them to come out, they will almost invariably tell you it was Laura Jane Grace. But while Grace’s openness about her gender identity opened up the eyes of a lot of trans punks, G.L.O.S.S. was the soundtrack for our anger. In a country where the life expectancy for a transgender person is said to be about 30-32 years, G.L.O.S.S.’s raging hardcore that advocated fighting back against violence with extreme violence resonated with trans punks everywhere, despite the band’s limited output. When Epitaph offered to sign G.L.O.S.S. for their first full length, many were disappointed that they turned down the offer. The Hard Times wrote a satirical article depicting Brett Gurewitz standing outside of G.L.O.S.S.’s house with a boom box over his head a la Say Anything. It was a joke that resonated with a real grain of truth. But ultimately, G.L.O.S.S. broke up citing social anxiety amongst certain band members who had never expected this level of attention, and G.L.O.S.S. exited the scene having only put out less than 15 minutes worth of material between their demo and their EP. The lack of the much anticipated G.L.O.S.S. LP left a gaping hole in the trans punk music scene that we hoped someone would come along to fill.

Now, this is not to say that HIRS and G.L.O.S.S. are identical bands at all, despite the fact that G.L.O.S.S.’s frontwoman, Sadie Switchblade, makes an appearance on this album. There are distinct differences. When I wrote my review of G.L.O.S.S.’s EP, Trans Day of Revenge, I said that “G.L.O.S.S. makes The Sex Pistols look like a Boy Scout troop and Crass look like a church choir.” Well, as hard as it is to believe, The HIRS Collective makes G.L.O.S.S. look like The Lollipop Guild. Well, okay, that one’s an exaggeration, but G.L.O.S.S. was a very harsh hardcore band, where HIRS is a louder and harsher grindcore band. Furthermore, where G.L.O.S.S was a traditional band, HIRS is an anonymous collective with an ever changing lineup of trans and queer musicians. But my point in comparing the two is that the void left by the lack of a G.L.O.S.S. LP is filled by The HIRS Collective’s Friends. Lovers. Favorites. with its extreme grindcore style and G.L.O.S.S.-like philosophy of unapologetic violence towards those who would seek to commit violence against trans people.

Friends. Lovers. Favorites. is packed with guest appearances, from lots of people you would expect, and lots of people you never would. As mentioned, Sadie Switchblade from G.L.O.S.S. shows up to lend her voice to “Looking for a Fight.” True trans soul rebel, Laura Jane Grace, has a guest appearance on the song “What is Love Without Purpose.” Did you know what it sounds like when Laura Jane Grace screams at the top of her lungs? Because I didn’t. In fact, I still don’t, because it’s hard to determine whose screaming is whose on the track. Punk veteran Alice Bag appears on “Always Surviving” along with Candace Hansen, a drummer most well known for her Rock ‘n’ Roll Camp for Girls in Orange County. Erica Freas of RVIVR, Marissa Paternoster of Screaming Females, and Martin Crudo of Los Crudos and Limp Wrist all put in guest appearances as well. But perhaps the most perplexing guest appearance is that of Shirley Manson of Garbage. She only appears in the spoken word intro to “Invisible,” explaining to cishet people what it would feel like to be treated as invisibly as queer people, but I’m quite surprised that the lead singer of an alt-rock goth-pop band and a trans grindcore band would have anything to do with each other. Then again, I like both of them, so maybe it makes sense.

The album’s onslaught of screaming and noise, with drums that sound, at times, like helicopter blades, makes for one of the most powerful and epic albums I’ve heard in a long time. Yet, despite the themes of violence and safety, the title track takes a moment—while still screaming—to thank everyone who got the band to where they are, showing the sense of community that leads to this band billing themselves as a “collective.”

The only thing wrong with the album is the last five tracks, which are all remixes of the five tracks before them, something I’ve rarely seen outside of The Clash’s Sandinista! (and it wasn’t even a good idea then). At the end of such an opus of noise, I wouldn’t be in the mood to hear five good remixes of the previous songs, and these aren’t five good remixes. Were it not for these remixes, I probably would give this a five-star review, but HIRS’s choice to make these part of the album proper and not bonus tracks that we can ignore forced me to take off a star. Otherwise, though, the album is a powerhose of noise that demands to be heard.

Various Artists: We All Want Our Time In Hell