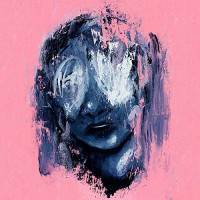 Caracara are another reason why Philly's rock scene is something that'll constantly leave me in a state of wonder. When Modern Baseball went on hiatus, it came at a time when I thought they were hitting their peak and honestly, heading for mainstream success. Health first, though, and rightfully so. However, co-frontman Jacob Ewald loves music and can't stop, won't stop... which leads to him channeling an intriguing and fresh dynamism into Caracara with lead vocalist William Lindsay. What results is a mash-up of sounds that shapes Summer Megalith as a record I honestly wish I heard way earlier.

It prides itself on slow to loud explosions but mostly, low-tempo lush rhythms. "Evil" is a big tribute to modern Pianos Become The Teeth (musically, yet paying homage to The Lack Long After of old in terms of lyrics), while drumming up a post-rock haze in "Glacier" -- which boasts lush, shimmery melodies a la Gates. What I love about this record is that they quickly switch styles and prove that their magic lies in versatility. The multiple layers of vocals embedded in between helps to create an incoherent layer of angst, and that's where I guess their "distorted emo" and even the "emocore" label comes in -- probably helped by the mix of twingy and mathy guitars, horns, keys and violins that are sprinkled all over the back half of the record.

At this point, you can tell how much they love bands like American Football, Death Cab (on "Pontchartrain") and Sorority Noise (after all, frontman Cam Boucher put this album out on his label and well, "Prenzlauerberg" feels like a big thank you to him by mimicking his style). Probably, the track that stands out most is the subtle aping of R.E.M. on "Revelatory" which waxes on about losing your religion, not coincidental I'm sure. And a stark indication that loss is a major theme of Summer Megalith, as is faith and belief. In your fellow man and love on the whole.

This album feels like something so new, yet touching beats we're all familiar with. I have to commend how brave and all-over-the-place it is though and just why this kind of bold music-making feels just right at a time where many bands might be a bit tentative about wildin' out. That this is Caracara's first record can only be a sign of big things to come.