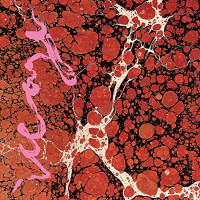 Iceage’s third album for indie stalwart Matador is a sprawling, messy extension of their morose, romantic brand of rock and roll. The evolution of Iceage has been interesting to follow since they began as omnivorous teenagers fusing gothic Joy Division atmospherics to rushing hardcore tempos and have lately adopted the maximalist influence blending of Nick Cave. Lead singer Elias Bender Ronnenfelt continues to sound like a perpetually narcotized Iggy Pop, moaning and emoting his way through this sexually charged set of songs.

“Hurrah” kicks off the album with a rush as guitar licks swoop in and out of the track and the horns heighten the urgency of the lyrics. The track is a haunting exploration of humanity’s inherent murderous instincts as Ronnenfelt considers the motivations behind young men’s taste for violence and the outlet the military and law enforcement provide for these vicious compulsions. He comments that “the urge is there from the start / there is always something there beneath / shedding the sheep cloth and baring its teeth.” Importantly, the song is not a tacit endorsement of savagery so much as an acknowledgement that the instinct is present in “the bottom of the genetic pool.”

“Under the Sun’s” narrator seeks to fulfill a life of hedonistic existentialism and considers “anything grown under the sun” as fodder for communicating with the divine. Ronnenfelt makes a promise to “purchase at any cost” any experience that will “bring [him] closer to God.” The song plods along with ringing Alice in Chains guitars culminating in a dramatic violin assisted outro where Ronnenfelt wonders if the Lord’s creation is spinning out of control. The band’s lyricism is a blend of intellectualism and the surreal as on “Plead the Fifth” “the first heartbeat in the womb / Between the fourth and fifth rib, was an eclipse.” As Arctic Monkeys consider the alienation of progressive technology, Iceage take a probing look into our baser human vices, exploring (celebrating?) the cost of substance abuse and lust.

The back half of the album drags slightly in places as “Catch It” surges and sags throughout its runtime as the tempo intermittently threatens to break with frenetic wah guitar lines against the band’s stomping restraint. The band does a serviceable Deer Tick impression and humorously finds a way to make a barroom country honk sound overly pretentious with Ronnenfelt drunkenly spouting “wayward theories” and musing on “pre-Raphaelite scaffolds.” Despite his unique inflections, Ronnenfelt’s vocals never really deviate from his hypnotic warbling and often he wraps his lyrics across multiple musical phrases.

Beyondless finds the band exploring the hedonism of the Rolling Stones as they further their sonic Bad Seeds discipleship. Each album has seemed like a leap forward in style and maturity. Here’s hoping they don’t get run down in their pursuit of excess and can continue expounding upon the grandeur of their new sounds.