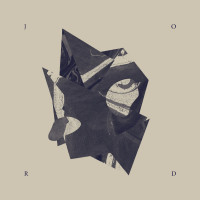 It seems that over the last few years, there has been a bit of softening towards black metal. The memories of the birth of Norwegian black metal, with it’s associated murders, suicides, church burnings, etc are fading (if you’re not familiar with the stories – I suggest you Google ‘Euronymous’, ‘Per “Dead” Ohlin’ and lose yourself in a rabbit hole of crazy true stories from black metal’s inception) and with the increased prominence of black metal-influenced acts such as Deafheaven, Zeal & Ardor, Alcest, et al it’s almost becoming…cool. Who’d have thought it?

So when Møl, hailing from Aarhus, Denmark were introduced to me, I initially thought they might be part of the more fundamental, less accessible style of black metal that was born in Norway and has been played across Scandinavia ever since. How wrong I was. Møl exist within a genre I’ve heard described as ‘blackened shoegaze’. It’s an absolutely shite and incredibly pretentious-sounding sub-genre, but to give it its dues, the name is at least partially accurate.

So – 2 seemingly disparate styles – do they work well together? Well, yes. Really fucking well. That’s not to say that Møl have simply chanced across a formula that will work no matter who’s involved. Far from it. I suspect in the wrong hands, this style of music will be absolutely unlistenable. But Møl have something; a command for the dynamics of both styles of music, which the band overlay, blend and dovetail masterfully, creating music that is shimmering, beautiful and even soothing at times, believe it or not – whilst retaining the classic black metal-style vocals and occasional moments of visceral brutality.

As you might expect, the lyrics themselves are largely unintelligible, but that doesn’t seem to matter (also, with song titles such as “Lambda”, “Bruma” and “Jord”, it’s likely that a lot of the lyrics are in their native tongue as well, which I’m guessing not many readers of this will be fluent in). The vocals rather act as something akin to a percussive addition. An inexplicably comforting rasp that, when twinned with the expertly crafted lead guitar lines and forgiving composition make for a surprisingly easy listen for non-black metal aficionados.

To try and break down another wall that people are sometimes put off by – yes the record is 8 tracks and 41 minutes long, but it absolutely flies by. Because you’re listening to something so dramatic, where the songs rarely stay in the same place for more than 30 seconds, it’s incredibly easy to lose track of time – and not because it simply washes over you, but because you’re drawn into the soundscapes that the band create. All across the album, you have thoughtful, towering, reverb-laden guitar lines that are indeed more akin to a shoegaze or post rock band (occasionally I even feel touches of Turnover’s Peripheral Vision) more than anything ‘extreme’ and although the crazy tempo drumming is very much in attendance at times, the range of techniques on display throughout is astonishing.

I’ve simply never heard an album that draws so directly from black metal whilst being so accessible, rich with emotional range and diversity. If you’re wary because of the black metal element, I implore you to listen to “Lambda” first – this strips back all of the hard edges/vocals and you’re left with a glorious, dreamy, track which showcases the band’s abilities as musicians/songwriters and gives you a really great gateway into the album and what it’s really about. From there, lead single “Bruma” would be a good step – there’s also a fantastic video that accompanies the single which doesn’t hold back on the black metal imagery, it has to be said. By this time, I’d imagine that your misgivings will be waning and so I would suggest just jumping right in and letting the album do its work.

This is the band’s first full-length release. I can hardly believe that’s the case, but admittedly they have been a band since 2013. What’s more shocking is that they’re playing second on the bill above a pub in Camden in a month’s time. The venue holds maybe 250 people – one of whom will be me. I’m mesmerised by this album and I hope that plenty of people will allow themselves to be blown away by it the way I have.