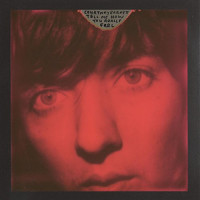 Courtney Barnett’s second proper solo album begins with a detuning guitar and proceeds into lilting, classically detached indie rock, introducing a lyric that sums up the motif of this album: “Take your broken heart / Turn it into art / Can’t take it with you.” That initial riff morphs into a whale call guitar lead as the volume ramps up and the music gently surges. Tell Me How You Really Feel follows her 2017 collaboration with Kurt Vile Lotta Sea Lice and her acclaimed 2015 debut, which was notable for her precocious wit and self-analytical lyricism.

Barnett sounds a little deflated on this set of songs compared to the giddy teenage headrush of her debut. The strain of touring and nomadic life takes its toll on former relationships as “Friends treat you like a stranger and / Strangers treat you like you’re their best friend.” On “Charity,” she deadpans an outsider to perspective to her seemingly successful career, “You must be having so much fun / Everything’s amazing” and counters with “Are you listening?” “Need a Little Time” sympathizes with the epic Britney Spears meltdown of 2007 by acknowledging that a shaved head is “not that different / But to the hand it’s [a] beautiful” way to relieve the “weight of the world / upon your bony shoulders” and admits sometimes we all “need a little time out.”

Barnett also uses the album to wade into the contemporary frustrations of modern women. “Nameless, Faceless” addresses the current climate of gender relations as Barnett admits all she wants is to “walk through the park in the dark” but reveals it dangers: “Men are scared that women will laugh at them / Women are scared that men will kill them.” She also uses the track to skewer misogynist critics of her music who claim they “could eat a bowl of alphabet soup / And spit out better words than you.” “I’m Not Your Mother” finds her ditching politeness to remind her male counterparts that she’s “not your mother, [and] not your bitch” “I can only put up with so much shit.” Even when delivering aggressively nasty tirades, Barnett continues to maintain a relatively polite composure and comes off more mildly irritated than histrionic.

Musically, the album settles for lackadaisical tempos with mildly distorted guitars occasionally giving way to flashes of inspired instrumentation: the sonorous deep-sea calls of the opening track, the peeling and screeching guitars on “Help Your Self,” and the atonal Archers of Loaf / Pixies lead accentuations on “I’m Not Your Mother.” Specifically, “Help Your Self” has a deceptively hooking groove that boasts a genius subtle piano plink that further ingratiates the tune in the subconscious.

Tell Me How You Really Feel is a solid indie rock inspired record that finds Barnett grappling with the feminine frustrations within the music scene itself and the world at large. If her lyricism isn’t quite as giddy and overflowing as her debut, her approach to songwriting has developed into a comfortable confidence.