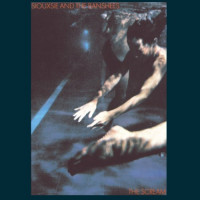 Siouxsie and the Banshees

The formation of Siouxsie and the Banshees is an important part of their lore. After a band cancellation at the 100 Club Punk Festival in London, Siouxsie Sioux and bassist Steven Severin stepped in without a band name or other members. They recruited Marco Pirroni on guitar and Sid Vicious on drums performing a 20-minute improvised version of “The Lord’s Prayer.” After both a top ten UK single (“Hong Kong Garden”) and a lineup change with John McKay and Kenny Morris taking over guitar and drums, respectively, Siouxsie and the Banshees released The Scream in November of 1978. The album combined their punk rock ethos with a considerably slower sound never sacrificing any of the aggression.

The music on The Scream was raw yet controlled. While McKay would eventually be replaced, his work on The Scream cannot be understated. His choppy, sometimes dissonant guitar work was a key factor. On “Suburban Relapse,” McKay committed to uneasiness, going back and forth between jangly chords and piercing solo notes. Look at the opening of “Jigsaw Feeling,” where he and Severin hypnotized the listener with repetition. Morris shined here too, grounding the song as he would for much of the album.

But from the beginning it was clear, Siouxsie was a rock star. There was neither band nor longevity without her. Her vocals were unrivaled, tribal and piercing. She howled with purpose and control. Her voice stood out and demanded your attention. So did her lyrics. Siouxsie had such a gift for imagery. “Be a carcass – be a dead pork” and “Amorphous jigsaw pieces falling into slots” painted clear mental pictures of her words. Back-to-back tracks “Carcass” and their cover of “Helter Skelter” went even deeper, conjuring up the Manson murders with the former track’s constant mention of dead pigs and the latter’s direct influence on the murders themselves. On “Helter Skelter,” McKay and Severin slowly built before Sioux entered repurposing the Beatles’ classic for their own agenda. But they weren’t afraid to get poppy either. “Mirage” is quite possibly the most memorable track here, if for no other reason than its catchiness. While “Switch,” the haunting, moody closer, showed a completely different side to the band.

Siouxsie and the Banshees went on to have a lengthy career. They went through plenty of band members including influential guitarist John McGeoch and The Cure’s Robert Smith. But The Scream expressed their youthful rawness, giving them a base. It’s easy to hear their direct influence on bands like Yeah Yeah Yeahs, Savages and White Lung. There’s no question they’ve inspired many more, including their contemporaries. Whether or not they had better albums is irrelevant. The Scream is the album that put Siouxsie and the Banshees out into the world, forever changing pop music.