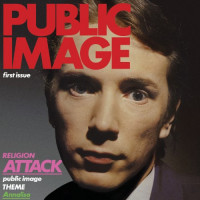 1978 must have been a very odd time for John Lydon: The Sex Pistols, the band he fronted under the alias Johnny Rotten, had come to a bitter end; he was involved in numerous lawsuits with former manager Malcolm McLaren; his childhood friend and band mate Sid Vicious was falling deeper and deeper into heroin addiction; and he was flat broke. Anyone else in this situation would have thrown in the towel and gone into another line of work. Not Lydon. He licked his wounds and went on to create something far more exciting and jarring than anything the Sex Pistols ever did.

After the Pistols infamous last show at the Wonderland Ballroom in San Francisco, Virgin Record head Richard Branson flew Lydon down to Jamaica in hopes to have him become the front man for the band DEVO. Both parties declined the offer. This gave Lydon the opportunity to further his love for Jamaican Dub Reggae, and World music. Upon Lydon’s return to England he began to sow the seeds that would become Public Image Limited. He recruited childhood friend Jah Wobble on bass, Keith Levene, short-lived ex-guitarist of The Clash, and Canadian native Jim Walker on drums. The band began rehearsing in the spring of 1978 and issued their first single, “Public Image” (originally intended to be a Sex Pistols track) in May of 1978. The single gained the band their first top ten hit, and also alienated audiences of Lydon’s previous band.

The band’s first full length First Issue followed in December of 1978 and continued to alienate audiences even further. First Issue was an album made to do just that, but it was also made to push the boundaries of just what punk rock could be. Taking cues from Jamaican Dub, African rhythms, and Avant garde music, First Issue was to be the album that sorted the smart from the feeble minded. Whether they knew it or not, PiL was also helping shape the burgeoning Post-Punk genre. Often cited as landmark album of the genre, First Issue was a trance inducing listen. It questioned everything from religion, to the idea of idol worship, and the idea of how songs can be constructed. The songs were repetitive to the point of paralysis, but also fluid enough to keep the listener engaged. Tracks fell into one another as if there was intentionally no separation between them, creating one long-winding mesmerizing jam. Some of the songs that made up First Issue were new compositions, but songs like “Religion II”, “Public Image”, and “Analisa” were originally intended for the Sex Pistols. When Lydon brought those songs to the Pistols, members shrugged them off as boring and they were shelved. PiL brought life to these songs and gave punk the rhythmic edge it had been lacking.

First Issue was a great introduction to a band that would go on to create some of the greatest post-punk records in history, and it was just the thing John Lydon needed to put his Johnny Rotten persona to rest. PiL not only opened punks’ minds that were willing to listen to the music that lay just outside of their small scene, but it also got them off their asses to dance.