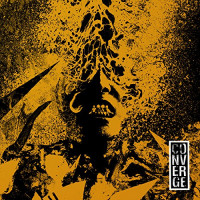 Upon the release of The Dusk In Us, Converge announced that a handful of tracks recorded during the session didn’t make the cut. The band categorized the final tracklist as an unhappy compromise. The Dusk In Us, like all Converge records, is a journey taking the listener from devastating lows to manic highs, all while rabid and rapid fire intensely crafted instrumentation explores sonic territory not many bands can produce. The band’s statement left an intrigue with fans to see what was left off. With Beautiful Ruin, we find out.

Crashing in at six minutes, there’s not much room on Beautiful Ruin for nuance. This four song collection is a viciously direct release coming as close to straightforward hardcore as Converge can get, which isn’t all that close if you’re familiar with the band. The opener “Permanent Blue” is the longest on the release, clocking in at just shy of two and a half minutes. You’ll recognize Kurt Ballou’s signature guitar work immediately as distraught single notes ring out over a rapid fire low end. Jacob Bannon’s vocals are most decipherable here as he howls “passivity / will only lead you / to the mouth / of tragedy.”

“Melancholia,” an immediate stand out, starts in a 4/4 time signature and finds Converge delivering a standard two-step hardcore riff. This is not to say they don’t add their own flourishes to it. The opening guitar line sounds like a bastardized version of a Black Sabbath lead in the best way possible. “Churches and Jails” and closer “Beautiful Ruin” dole out relentless tempos with thrash and metalcore flourishes. The EP is over before you know it closing out with Bannon screaming “love means nothing / pain means nothing.”

If you’re a fan of the fast and heavy hitting Converge tracks, this is a release for you. If you’re looking for more diversity though, this might pass you by. Given the complexity and clear thought that goes into the tracklist of any Converge release, one can guess why these were left off The Dusk In Us. Overall, this is an interesting look at the complete sessions that produced the aforementioned record.