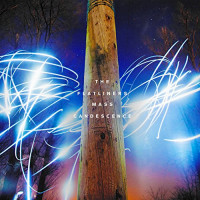 There’s an untalked about duality you enter when reaching your 30s. Seemingly out of nowhere, you start to slow down. Things don’t make you as angry as they used to, acceptance starts to creep around and pop up in unexpected corners, and you begin to take stock of what’s transpired. As all this happens, life simultaneously starts spinning off in new directions with past and present choices coming more into focus. The days on the calendar peel away at a quicker note. It’s weird place to find yourself living in.

Much of the online discussion around The Flatliners 2017 release Inviting Light centered around a shift in tone and sound. Some touted the jump from Fat Wreck Chords to Rise Records for reason, others focused on the production, but anyone who’s a fan of The Flatliners, a band who has been on the run for over 15 years, know that The Flatliners have always changed. What struck me most about Inviting Light is how it was the first release with many of the band hitting the personal 30 mile marker, something they talked about in interviews. With their latest release Mass Candescence, The Flatliners continue in that same vein embracing the duality of one's 30s.

Mass Candescence is a 3-song EP filled with similar sounds as their previous LP, albeit without quite the production sheen. The guitars have an indie-punk vibe to them mixing acoustics and electrics that shimmer and streak across Paul Rameriz’s pounding drums. The Flatliners are all exceptionally talented musicians and that continues to stand out even during the band’s recent lighter moments.

Chris Cresswell’s lyrics traverse the roads well-travelled and offer a reflection in enjoying life more. A good example of this has the singer reminiscing “just young men still pissed / yeah right into the bottle / we’re feeling a turn in the road / almost drifting us home” in "Moves Too Quickly." “The Arousal of Repair” sums it up well with Cresswell declaring “man, I thought I was living / now I know I wasn’t living.”

This EP isn’t likely to change your opinion on the latest moves by The Flatliners. However, if you’re looking for a thoughtful collection of songs weighing the politics of living, Mass Candescence delivers on that front. Let’s hope that feeling drifting them home is not permanent, although as someone who’s also recently hit the personal 30 mile marker, I get it.

The Ramones: The Cretin Hop