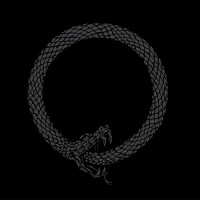 This review could easily drift into a sociopolitical assessment of modern South Africa. But I will spare you. Long story short, Afrikaner culture often seems to exist in a bubble, within South Africa and the world. It doesn’t matter if you are a freak or a square, a surfer or an accountant, a rapper or a punk rocker: if you are Afrikaner, you generally tend to remain within this bubble. Fokofpolisiekar (it means exactly what you think it does) resides very much in the tiny Afrikaner bubble. Their output is strong enough, despite the linguistic barrier, to deserve to burst beyond their tiny bubble. But they seem completely comfortable right where they are.

Selfmedikasie is FPK’s first release in nearly a decade and, in some ways, it picks up right where they left off with 2008’s Antibiotika EP. In the five years following their 2003 debut, FPK had quickly evolved from a rousingly snotty, yet poignantly poetic melodic punk band (along the lines of middle-era Alkaline Trio) to a rollicking yet almost overserious at times, hard rock band (along the lines of latter-era Rise Against).

“Dis in My Bloed, Baby” opens up Selfmedikasie with a bang. It’s a gruff, hard-rocking assessment of what it is to be an Afrikaner in the 21st century. It shows that while FPK might exist in a bubble, they’re well aware of history and are struggling, like many young Afrikaners today, to come to terms with their past while working towards a myriad of futures. It’s a recurring theme in their music, whether they address it directly or not.

After going on hiatus in 2008, the members of FPK formed various side projects, including Die Heuwels Fantasies and Van Coke Kartel (both worth a listen), which saw the bands members delving deep into new wave, alt-rock and electronic music. The impact of these interim projects is apparent on Selfmedikasie. While the individual songs benefit from the more muscular and diversified musical chops, the album itself can feel a bit all-over-the-place. Not long after the driving, almost metallic hard rock of “Dis in My Bloed, Baby”, the band switches gears to the more pop-rock sound of “Ek Glo in Die Son”, which wouldn’t sound out of place in the Death Cab for Cutie or Silversun Pickups catalogues. Don’t get me wrong, it’s a wonderful song, but it’s a heads up that, musically, Selfmedikasie is more of a collection of songs and less a cohesive album.

About halfway through the record, two more gems stand out. “Ek is Cool (Ons is Fukt Up)” and “Wat is Hierdie Liedjie Se Naam?” appear back to back and perfectly compliment each other. “Ek is Cool” shows flourishes of the band’s pop-punk roots, with a rousing, fist-pumping chorus. “Wat is Hierdie Liedjie Se Naam?” follows and is an entirely acoustic number. It doesn’t sound entirely dissimilar from Into It. Over It. and it requires multiple listens because it ends just as soon as it begins and it's just that good.

On the titular track, Selfmedikasie drifts back into more moshable pop-punk territory of FPK’s past. Maybe American punk fans won’t like the sporadic nature of FPK’s genre-hopping or the European-style over-production or be able to understand more than a few words, but what remains undeniably consistent throughout the album, especially on tracks like “Selfmedikasie”, is the strength of the pop songwriting. It took a while to warm up to the slick rock sound of some tracks, but eventually the strength of the songs won out.

Ask any Afrikaner under the age of 40 what kind of band FPK is and without blinking, they will respond “Punk Rock”. Sure, their live shows are drunken, sweaty affairs and the band members exclusively wear black T-shirts and the Selfmedikasie album cover makes it looks like a Turbonegro record but blessing (or cursing) them with “punk rock” status wouldn’t be exactly honest and would be doing them a disservice. They are a rock band through and through. They have explored the depths and heights of the genre and mastered it all. Within their Afrikaner bubble they remain absolute kings.

The Saints: Eternally Yours

Get Fired: Too Old to Dream