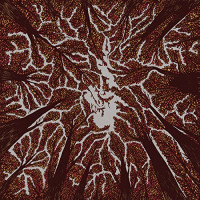 Crown Shyness is the second LP release from England’s Trash Boat on Hopeless Records. The record offers a slick production package and solid performance from the up and coming pop-punk band. How Trash Boat measures up in the current musical landscape is a more difficult question to answer.

Trash Boat offer up well-produced pop-punk choruses that are shaped around melodic hardcore song structures. The band goes back and forth drawing influences from peer bands like Boston Manor and Neck Deep, but at other times the sound draws a hardcore influence similar to the likes of Comeback Kid or More Than Life.

The hardcore elements of Trash Boat do well to set them apart in the current music scene, where more and more commonly, bands are attempting to re-write 90’s alternative songs- rather than progress with their own sound. For that aspect alone, Trash Boat has done a good job with Crown Shyness to fill a current void in the pop-punk scene. That being said, it also feels like a nod to the trend of melodic hardcore bands of the not so distant past. There isn’t a heavy nostalgia factor here, but it would be short sighted to dismiss the similarities to past bands like Set Your Goals, Four Year Strong, Daggermouth and older Comeback Kid.

The band is not covering uncharted territory by any means, but that does not mean they haven’t put together quality songs. The songs are structured well, and the pop-punk parts are catchy and memorable with a driving aggression that serves as the base of all of the songs. The band also deserves kudos for streamlining the two genres well. They have successfully avoided the polarizing aspects of a band like A Day To Remember, and have unified both melodic hardcore and pop punk with out the cheesy mosh metal breakdowns. While it is not quite as poetic and unique Touche Amore, the music does not seem forced or overly redundant.

With most of Trash Boat’s contemporary peers opting for a more alternative rock feel, I am curious to see where this more aggressive element leads the band in the future. And as for Crown Shyness, it’s worth a listen, especially if you miss the days of hardcore/pop-punk mash ups.

Wild Pink: Yolk In The Fur