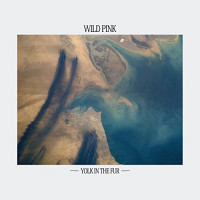 One of the biggest reasons I love Tiny Engines is that the record label always unearths hidden gems for me. Wild Pink is one of them -- a warm, breezy indie-rock act whose self-titled from last year offers a perfect glimpse into what they're capable of. Come Yolk In The Fur, the band continues in the same vein but with a fuller, expansive sound which highlights just how orchestral they really are.

If you're into bands like The Gaslight Anthem, Death Cab for Cutie, Hallelujah the Hills, Restorations and of course, the War on Drugs, you'll love this record. "Lake Erie" and the self-titled track especially embody the sounds all these acts craft, but with Wild Pink's distinctive flair. It's not just about bare-boned acoustics, or shimmery chords... Wild Pink is known for incorporating synth beats and a unique style that, well, doesn't make them sound 'boring.'

Vocalist John Ross really brings his A-game here, channeling Father John Misty, Ben Gibbard, Tom Petty, Springsteen and the Goo Goo Dolls' Johnny Rzeznik on tracks like "Jewels Drossed In The Runoff." It's further brought full-circle on radio-friendly alt. rock jams like "Love is Better" which punctuates that no matter how indie the band is, there's something harmonic, and more so, symphonic at play in this musical soundtrack. I admit Yolk In The Fur use some trimming because some songs fall flat, but overall, this album really sinks its teeth into you.