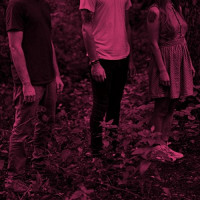 Buffalo, NY’s Lemuria are a record collector’s kind of band. In addition to their four full lengths, the band has released a steady stream of picture disks, demo collections, singles, splits, and even a comic book tie-in by Mitch Clem. It makes sense then that the band would follow up last year’s solid LP Recreational Hate (which they released as part of a ‘secret LP’ bundle) with a companion record called, unsurprisingly, Companion.

The record features seven songs from the recording sessions for Recreational Hate and six demo recordings of varying levels of acousticity and lo-fi-ness. The demos paint an informative picture of how a Lemuria song comes together through its writing process and the songs from the Recreational Hate recording session run the gamut of what Lemuria is capable of. There’s “More Tunnel”, wearing its Fleetwood Mac influences proudly on its sleeve, and “Kicking In”, which pairs a jagged little intro with an uptempo country hop and lap steel shimmer. “Wanted To Be Yours” has a 90’s alt-rock slacker vibe to its bouncing guitar and popping snare that’s capable of derailing the listening experience entirely as you obsess over whether it’s more “Steal My Sunshine” or “Meet Virginia”.

The more observant may note that those three songs are also on Recreational Hate and might be tempted to dismiss Companion for only having three new songs on it. Any one of the new songs carries this collection. “Trembling (Reprise)” is both a perfect musical counterpoint and companion to its Recreational Hate counterpart but the heavyweight here is “Neon Prison”. The swoon that one gets from hearing guitarist Sheena Ozzella and drummer Alex Kerns’ voices harmonize and interplay on lines like ‘Every summer leaves a new constellation / On your shoulder, you're getting older’ is the feeling of hearing the distillation of what makes Lemuria great; at the end of every day it comes down to those two voices, those two songwriters.

Despite that, no one would mistake Companion for a great entrypoint for a listener arriving fresh to Lemuria. There is no First Collection ramp up into their current sound to bring the wet-behind-the-ears listener aboard. This is a record for the longtime fans, the deep-divers, the process nerds. Like a surprisingly great rest stop cafe or a scenic vista in the middle of nowhere, this record is a treat for those of us who have been on the road with Lemuria for a while, a reminder of why we’re still happy to be in the van.