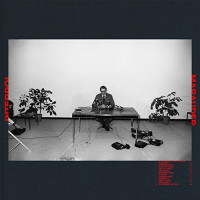 I don't know what it is about my love for Interpol that waned since 2002's Turn on the Bright Lights. That wasn't just a debut on the big stage, that was a record of intent. Vocalist Paul Banks proved what a modern Ian Curtis, a new-age Morrissey could look and sound like, especially at a time where they could flip the script on what bands like The Vines, The Hives and The Strokes were doing, and make indie rock truly theirs. In terms of post-punk, I don't think many can shift the landscape like them, and I guess I saw that potential being wasted away in albums since. Marauder, as good as it is, feels like that seismic kick I wanted... but in spurts, as it still has the spots I consider weak. I guess that's what happens when you go in with low expectations. But still, it's really worth the go.

Recapturing the likes of "NYC" and the "Obstacle" tracks is impossible, let's get that straight. But I think what helps me plow through this record is how I listened to more underground bands since 2002. Yes, less mainstream, more DIY. And in listening to these bands -- It Looks Sad, Choir Vandals, etc. -- and then reconciling it against bands like Arcade Fire and Interpol, it's really helped me understand artistic endeavor and how they just want to experiment. Which is what the albums before this sounded like to me. Bad experimentation. Now I won't say Marauder is a return to form but I do love that tracks there remind me why I fell in love with Banks and Dan Kessler's cutting guitar riffs, crafting something melodic, poetic and well, with a rare X-factor. I guess it's cuz I'm older I'm a bit more accepting.

"Mountain Child" and "Surveillance" are examples of how they stoke the flames of nostalgia. Then there are tracks like "Flights of Fancy" which remind me of the influence they've had on younger bands and even industry peers -- Preoccupations, Mogwai are a couple that pop to mind. And I love how these songs pain the rhythmic style of old -- licks, hooks and drums that show Interpol's sense of urgency, well-balanced though with the dead-pan delivery and slow-burn style they love to throw in the mix.

Now, while I do admire how the reverb-drenched thick walls of sound come down, when songs get too bluesy ("It Probably Matters" or funky ("Party's Over") it feels like they're not sticking to their strengths. Again, leave this for Arcade Fire and We Are Scientists. I know they're mixing things up as per the tribute to Prince ("NYSMAW") but still, these songs feel like filler and lose steam when it comes to Banks' narratives on love and politics.

All in all, Marauder to me are the B-sides from Turn On... not perfect, not weak but with some trimming of the fat, songs that could have fit right in on its deluxe edition. That's a big step up from what I've had to say about the albums in-between. And honestly, I'm giving them all back a second chance because I may have been too brash and too harsh. Banks again, provoking ya. What more could I ask for?

Five Finger Death Punch: And Justice For None