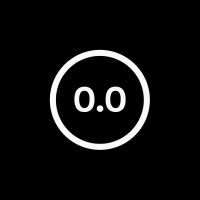 “My body is a temple but I treat it like my neighbor’s house” tells you everything you need to know about Coping Skills’ second full length, the ironically titled Worst New Music. The Philadelphia duo’s twelve tracks combine self-deprecating humor and poignancy in equal measure. Singer/guitarist Rachel Dispenza and singer/bassist Lauren DeLucca describe the music they make as ‘moderately gay, post-ironic bummer pop’ and fit perfectly into the latest wave of bands making 90’s alternative slacker rock for a new generation.

There’s a balancing between fun and earnestness throughout Worst New Music often with songs juxtaposed with their immediate fellows in the tracklisting. ‘Have You Encountered the Softboy?’, a spirited telling off of a mopey partner, is followed by ‘Dozing Driver Hits Pole’, a minor-key portrayal of an ongoing feeling of dread: “I had a dream I burned down buildings from the inside / I woke up panicked to be late for work”. As the album progresses, fun song titles like ‘Man, It’s A Hot One’ and ‘This Is A GD B Of An Unsatisfactory Situation’ contain increasingly dark, sludgy music, deeply at odds with the toe-tapping pop hooks off the earlier tracks.

What ties all this together is the feeling that this band and its music are born out of a very real friendship between DeLucca and Dispenza, who live and work together in addition to playing in the band. In the second song ‘I’d Rather Not (Yeah)’, when one of them sings “I just wanna stay home and play / My songs with my friends”, the other can be heard interjecting “That’s Me!”. It feels like these songs are windows into a friendship that is strong enough to have some real and intense conversations while also having a ton of inside jokes and strange references. Is the first verse of ‘Threnody’ a reference to ‘Hands Down’ by Dashboard Confessional? We may never know. Is the title of ‘Man, It’s A Hot One’ taken from the song ‘Smooth’ by Carlos Santana ft. Rob Thomas of Matchbox Twenty? It had better be.