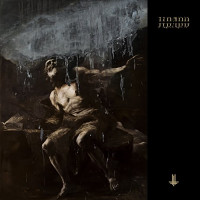 How does a band simultaneously raise the bar and get back to basics? Just listen to I Loved You At Your Darkest, the latest full length from Gdansk’s Behemoth.

Behemoth’s previous release, 2014’s The Satanist, was one of the most universally lauded albums of that year. With their career defining opus, Behemoth’s international success reached new heights.

Absorbing precisely none of the high pressure for a follow-up that would normally hover over a band under such circumstances, Behemoth were in no rush to simply put out something new. Granted, after The Satanist there was a great deal of touring done, including supporting Slayer on the first North American leg of their farewell tour. But when recording on I Loved You At Your Darkest finally began in November 2017, Behemoth made it clear that they had no intention of resting on their laurels; this was going to be work that would take everyone by surprise.

Recorded in multiple studios across Europe and North America, I Loved You At Your Darkest is an artistic evolution for the 27 year old band. Never being the types to welcome categorization, Behemoth have and will always be an art-first band.

That’s not to say you wouldn’t recognize what you hear on this album. The black metal foundation of the band remains, and arguably better than ever.

Head of class musicianship has always been Behemoth’s calling card, no matter what particular sound they’re going for. You’ll still be blown away by the craftiness of the drumming provided by the phenomenal Inferno. Orion’s bass is slick, whipping in double time, and thankfully doesn’t always need to be in drop-D. Frontman Nergal, the handsome, vegan, ass kicker of cancer, growls ferociously over his own powerhouse guitar riffs.

But what’s really going to make this album stand out is it’s keen variations of what metal can be. Most notably, the overall lineage of the album is remarkably jagged. Such care was taken on song structure here, the arrangements end up rivaling those of a large symphonic composition. The ups, downs, and any other direction one can imagine are all explored. There is no formula here, only pure dynamic artistic willpower.

There are punishing metal piledrivers, sure. But also bits of beautifully toned guitars coming from a simple Marshall head and nothing more, which give a nod to the classic rock roots of today’s metal. The screaming has actual pitch, and isn’t just loud for the sake of being loud. Orchestral breakdowns. Choirs not being used ironically. Tempo shifts, time signature shifts. It sound organic, it sounds earthy, it sounds incredible.

In the midst of all this painstakingly nuanced design, Behemoth would be remiss in not also pissing a few people off. No strangers to controversy or the law enforcement of their homeland, here they toe the line more dangerously than ever before. While Poland may have free speech ‘officially’, a Satanic metal band in the most heavily Catholic nation in Europe will always be under a microscope. It’s this watchful and potentially vengeful scrutiny that inspires the band to push the limits even further. Unlike previous albums that mixed religious subject matter with that of the occult and even modern politics, I Loved You At Your Darkest is pure lyrical sacrilege from beginning to end. Even the album title is a quote from the Bible, from the big J.C. himself, as if to give an immediate “fuck you” to the opposing regime before they even press play.

While not a new band by any means, Behemoth is leading the way for the next generation of metal. With Slayer stepping aside, Behemoth is now poised to take over the forefront of the entire scene. On I Loved You At Your Darkest, each meticulously crafted measure is a message; “This is our world now, and art can never be silenced."

Kid You Not: Home Again