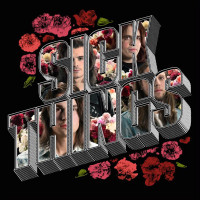 Of course, that's not to say that there aren't still the odd revivalist band out there (i'm looking at you Steel Panther) but you can safely say that this genre of music has gone the way of the dinosaur - just don't tell your dad. Still, you can appreciate the lengths that some of these bands go to to honour the past with their over-the-top music videos, falsetto singing, dual-octave guitar solos and reverb-y drum snares (hello, The Darkness...). Bands which still manage to garner a pretty solid and dedicated fanbase, both young and old alike with sold out concerts and premium slots at festivals.

Hailing from Montreal and featuring members of Beat Cop, Trigger Effect and Barnburner, they're self described as a rock and roll band with 'non-ironic' guitar solos – talk about cutting to the chase here – and their debut self-titled full length release (via God's Candy Records) doesn't stop short with all the stops and goodies you'd expect from a Twisted Sister album.

Starting off the release strong with the muscular track Take the Head from the Crown, they don't waste time jumping straight to the action. This seems like the perfect jam I'd like to listen to on a desert highway with miles between me and the next car. Guitars have that nice distorted tone that isn't too much for the ear but perfectly compliments the pounding drums and accompanying guitar solos, which are plenty.

Further into the release comes the actual track Sick Things. The duelling guitar riff at the beginning is perfectly arranged to start the song off and the chorus itself is a chanty anthem whose melody could get stuck in anyone's head, if those particular guitar riffs didn't already. With mentions of fighting like Capulets (hello, Shakespeare) and the skillful rhyming of 'Must be in Denial, like a Juvenile' flows through the song effortlessly, adding power to the passionate conveyance of the vocals, leading into the climactic chorus ending which you kind of wish didn't end, truthfully.

The album finishes off with the semi-slower Dog Days which the band made sure not to leave anything out with a timing of almost 5 minutes, the longest off the whole album. Starting off yet again with guitars that compliment each other and drums that bang right in and give the song a whole 'love gone wrong' feeling to it. Sure it's been done before but that doesn't deflect the fact of the guitar solo ending that serves as a final adieu to what you had been listening to for the past 30 minutes or so – that said it would've been interesting to hear some sort of ballad a la 'Patience' from the group but perhaps we'll find it in a future release.

You can't go wrong with the production as well, the recording having been skillfully recorded, mixed and mastered and while production credits are not listed, the engineer/producer definitely knew what sound they were looking here and well, they nailed it. Kudos to them, whoever they are.

Sick Things seem to be having all the right stuff going on for them. From their songwriting to their musicianship to their past experience with bands, this album is a testimony to it all. Having already opened for bands such as Alexisonfire, the Buzzcocks and playing at festivals including Pop Montreal and Osheaga, there's no telling what can happen for them in the future.

Best song off the release: Sick Things – go figure, the song that is named after the band, this one captures the entire essence of them and what they're all about. But hey, don't take my word for it – have a listen yourself.