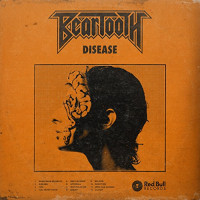 Beartooth. Hmm. Some people go nuts for them, don’t they? To be fair, I remember when the first record (Disgusting) came out back in 2014 and the general consensus was that there could be something decent here. It was heavy(ish), but with just enough rock radio sensibilities to make it pretty widely palatable. It also became obvious pretty quickly that they were well cut out for festival stages, and they started bringing in more and more fans. Not bad for a first album cycle. Then came the sophomore effort Aggressive, which was something of a misnomer in all honesty, as it felt a far more restrained record than the debut. This brought about a little bit of a schism. The harder-edged fans, having seen this kind of move before, suspected the worst and stopped being quite so supportive…but the reduced level of overt aggression made them a more commercially viable product and on they rolled.

So the big question for album 3 from Beartooth (and by which, we’re ultimately talking about Caleb Shomo – the sole creative force behind the band) is whether they move back towards the more abrasive debut, or continue down the more mainstream route they began with album no.2. Well, I’m sorry that this review is going to lack in suspense, because they’ve gone quite squarely down the rock radio route as far as I can make out. I’m not necessarily saying that this is a straight-up cynical cash grab or anything as unpleasant as that, but what I am going to say is that this might be the most formulaic record I’ve ever heard. 12 tracks. Every single one of them between 3 and 4 minutes long. Almost all with the same basic structure, most with a far lighter tone (both guitar and general) than before and many of which punctuated with some of the most cringe-worthy lyrics I’ve heard in a long time. A couple of examples: “There’s no degree in rock ‘n’ roll”, “I’ll be bangin’ my head ‘til my brain rots” (both from ‘Bad Listener’), “Sink a little lower; Get a little higher; Finger on the trigger; Scream Ready Aim Fire!” (‘Fire’) and that still doesn’t really give you a proper feeling of how hacky some of this sounds in the confines of the record.

But putting my objective hat squarely on – it’s not the worst example of this sort of thing I’ve ever heard. Not by a long way. It’s a shame to say, but Beartooth now arguably sit in the same wheelhouse as Five Finger Death Punch – but they’re not that bad. There are still moments when you get glimpses of what might have been. The isolated riff of ‘Manipulation’ could have been the base of something strong, the intros of both ‘Infection’ and ‘Used and Abused’ promise more than they ultimately deliver, but there are still hints here and there that Beartooth could have some potency to them if they really wanted. And therein lies the problem. It doesn’t feel like they have much interest in being potent or visceral for the vast majority of the record. Even the breakdowns just feel like an inevitable, standardised part of the songs.

What’s frustrating is that this record will probably do really well commercially. The production is set up for radio. The backing vocals, lyrical content and song structures are equally so. But my god is it fucking boring. There are worse perpetrators of this sort of stuff out there, but this somehow feels almost like a betrayal and is somehow all the more disappointing as a result. Not for me. At all.