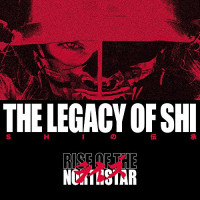 Rise of the Northstar

With a formula consisting of equal parts hardcore, hip hop, crossover, Japanese manga imagery, and English lyrics delivered in a boisterous French accent, one could be forgiven for being momentarily thrown by Rise of the Northstar.


But only for a moment.

I was introduced to the band in 2012, via the Demonstrating My Saiya Style EP. The friend who played it was sure I'd dismiss the band by the end of the intro. Instead, I became rabidly hooked. Where he heard something laughable, I instead heard the most innovative, musically impressive, and unbelievably heavy hardcore band of the last decade.

Rise of the Northstar originally hail from France, though I believe they reside in Japan now. If they don't, they must visit a lot, as evidenced by their artwork, inventive costumes and outfits, in-depth music videos, and unique lyrics. Every bit of their creative output is influenced by Japanese underground culture - something that escapes most Americans, except for perhaps die-hard manga and anime fans. But despite this predilection toward all things Japanese, Rise of the Northstar also possesses an intuitive feel for combining American hardcore and hip hop.

It is this mastery of these genres that the band showcased so admirably on their debut LP, 2014's Welcame. The album was a nonstop feast of aural destruction: crushing breaks to rival Disembodied, breakneck, precision thrash riffing from the school of Slayer, an unparalleled, danceable groove, and a vocal delivery to put most front men to shame. I longed for an American tour (no such luck yet), or even better, another LP.

And now, a decade after their formation, Northstar has returned to bring the Furyo Style once again with The Legacy of Shi. Though the band generally handles all aspects of their production and output, this time they enlisted the help of Gojira's Joe Duplantier and his Brooklyn studio Silver Cord. And that polluted NYC air seems to have agreed with them, translating into a stellar sophomore offering.

Northstar have lost none of their impact, only reinforced it. This time around, the record feels more like a whole, something to be experienced from beginning to end. Vocalist Vithia echoes this in his lyrics, a concept album story of becoming possessed by a Japanese demon, or yokai.

Shi's chugging introduction, "The Awakening," sets the stage for an overpowering experience. More traditional-sounding Northstar cuts like "Here Comes the Boom," "Nekketsu," and the title track make up the bulk of the album, though the new material carries a darker, groovier edge than Welcame favorites like "Dressed In Black" and "Samurai Spirit."

It's on tracks like "Step By Step," "Kozo," and "Furyo's Day" that we hear the band really branching out into creating something nigh-atmospheric. "Kozo" is one of the more impressive new tracks, though it may rub some listeners the wrong way with it's Korn-styled riffing and dissonant sound scape. But throughout everything Shi has to offer, Rise of the Northstar never lose sight of their goal: creating a listenable, engaging, and enjoyable experience. Though they obviously take themselves seriously, there is an inherent playfulness to their approach that could win over even the most jaded metal snob.

The Legacy of Shi is a monumental achievement for Rise of the Northstar - one that's made even more impressive by the band's drive to create music on their own terms. This feeling of victory is a palpable one, present on every track of the album. I think the chant throughout "This Is Crossover" sums Rise of the Northstar's attitude up perfectly:

This is crossover. Northstar FOREVER.

Too Pure To Die: Only The True Remain