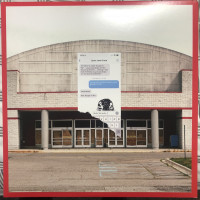 Preempting the next gestating project by Against Me!, Laura Jane Grace teams with Atom Willard and Marc Jacob Hudson to form the Devouring Mothers and offer up a ramshackle shot of hybrid punk / alt-country / Americana with their debut for Bloodshot Records Bought to Rot. Atom Willard is well known to Against Me! fans as their current drummer who also served in The Offspring, Rocket from the Crypt, and Social Distortion. Marc Jacob Hudson is Against Me!’s recording engineer and also works at the Recordo Rancho studio in Michigan. The origin of the project is attributed to Grace’s move to Chicago (perhaps reluctantly, see “I Hate Chicago”) and being a fan of Bloodshot’s roster (she has collaborated with Cory Brannan in the past). According to Grace, she sauntered into their offices and stated her intent to record an album for the label if they agreed to release it (which of course, they obliged).

Bought to Rot is not a complete detour into alternative Americana but neither is it a rehash of the Against Me! sound in a diminished capacity. The loose, low-stakes vibe brings out some humor in Grace’s writing that has been saddled with heavy identity and social issues on the preceding Transgender Dysphoria Blues and Shape Shift with Me. “China Beach” kicks the album off as a staccato Clash exercise with Grace speak-singing a position of defiance in the current national culture wars. “Born in Black” swaggers with a tongue-in-cheek fatalism as Grace joins a troupe “dancing toward the abyss” who have always “wanted to go back” into the ether from which we came. “Apocalypse Now (& Later)” is my favorite track on this album. An assured but unhurried rhythm soundtracks Grace’s embrace of a relationship “on top of the world at the end of the world,” punctuated by a delightfully unhinged guitar solo. “The Friendship Song” is another winking examination of relationships as Grace admits she has a tendency to fuck up platonic partnerships and humorously admits, “you accept me for who I am…and I won’t judge you for it.” “I Hate Chicago” is Grace’s liberation of her tongue against her current residence as she hilariously tacks off everything she loathes about Chicago, including “the Pumpkins, Slint, [and] Wilco,” every Chicago sports team, and the deep-dish pizza. However, Grace admits most of her ire is directed at the city because her ex lives there and loves everything the city has to offer, positioning this song in the tradition of a classic country kiss off against a former lover. The whole affair is done with a lighthearted attitude, even when it ends with the scathing indictment: “no matter how high you dickheads build it; you’ll only ever be in Illinois.”

Sonically, the album swings between some uncharacteristic influences outside of the Bloodshot roster. “The Airplane Song” depicts an empty airline seat meant to be bringing Grace’s object of desire to her and coupled with later track “Reality Bites,” both sound like variations on Kings of Leon “Southern Strokes” rock and roll. That’s not a slight; the sound works with Grace’s vivid lyricism and verbosity, stamped with her unique vocal imprint. “Screamy Dreamy” begins with some lovely echo-laden reverb that recalls Band of Horses but progresses into some pummeling prechoruses. “Manic Depression” is not a Jimi Hendrix cover but a Stonesy strut through Grace’s various frustrations. “The Acid Test Song” is a punk bastardization of a Tom Petty song as Grace recounts a surreal potentially doomed relationship with a midwestern Catholic girl. “The Hotel Song” and “The Apology Song” recall the undulating swing of a classicist country lament much like Drivin ‘N Cryin’s “Straight to Hell.”

Overall, Bought to Rot is a refreshing detour that allows Grace to therapeutically blow off some steam with caustic wit. It’s the first time as a bandleader Grace hasn’t felt the burden of making a grand anthemic statement and just allows the music to be a sounding board for her inimitable entertaining sarcasm, most successfully on “The Apology Song” with “my apologies for however I have yet to fuck up (I will).” Bought to Rot is certainly not a fuck-up and is a welcome addition to the saga of Laura Jane Grace.

Fucked Up: live in Allston