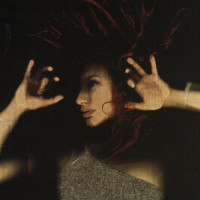 By 1998, Tori Amos had been expanding her sound for several years since the release of her debut, Little Earthquakes. While she’d certainly incorporated full band rock elements into some of her previous songs this was this time they were featured across an entire album. In addition to using this full band sound on this album, she also began to pay more attention to what can best be described as traditional song writing. That isn’t to say this was an attempt to create a sound that would make her a headliner on Lilith Fair. Instead it was the pensive song writing from her first several solo albums mixed with pop sensibilities anyone who listened to the oft forgotten synth-pop band Y Kant Tori Read knew she had all along.

The change in song structures, in no way resulted in song topics being less personal as the album dealt largely with miscarriages Amos had in the mid-nineties. Album opener, “Spark”, deals with this directly. You get a true sense of the pain, anger, and self-doubt she felt in lyrics like, “She's convinced she could hold back a glacier. But she couldn’t keep baby alive. Doubting if there's a woman in there somewhere here. You say you don't want it again and again but you don't don't really mean it.” As a man, especially a man who has never had or thought they were going to be a parent, I couldn’t begin to imagine what the loss of a miscarriage feels like. But, like all great artists, Tori Amos can make me feel how she felt. Through her words, her music, and the way she stretches the limits of her voice further than she ever had before.

Elsewhere on the album songs like “Raspberry Swirl”, which would earn Amos a Grammy nominated for Best Female Rock Vocal Performance in 1999, keep her sound expanding but the lyrics and songs just as close to her as ever. And perhaps some longtime fans would disagree. They’d say there’s nothing as unflinchingly personal as “Me and a Gun” on this album. But, to expect someone to write a song that is as deeply personal as one where they name their rapist on each album …. It’s just an expectation that can only lead to disappointment. The subject matter has changed, certainly. But, Tori Amos is still just as intimate as she always ways. She still knows what notes to hit and how she needs to hit them to convey her emotion

While it didn’t have the immediate cultural impact of her debut, From the Choirgirl Hotel was still a powerful album. If found Amos blazing her own trail while also embracing elements of traditional songwriting she hadn’t before. Whereas much of her earlier work hit you almost immediately and stuck with you, there were shades of meaning and musical layers to unpack here. Her next album would delve into electronic music just a bit. And while it was by no means a failure, this would also prove to be Amos’ last great album of a decade that found her at the forefront of songwriting.

Better Than A Thousand: Value Driven

Chixdiggit!: Born on the First of July