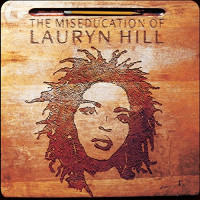 The Miseducation of Lauryn Hill (1998)

After the release of The Score in 1996, The Fugees began to part ways with Wylcef Jean releasing his debut, The Carnival, only a year later. Although the group had disbanded at this point, Pras and Lauryn Hill still got along with Wyclef … at least enough to appear on his album. That would all seem to have changed, by 1998, when Lauryn Hill released her solo debut The Miseducation of Lauryn Hill. It would go on to become one of the greatest hip-hop albums of all time.

The first track, after the intro, “Lost Ones” is one of many songs on the album that could be seen as lyrical attacks on former Fugees members Wyclef and Pras. From the opening line when Lauryn spits, “It’s funny how money change a situation/Miscommunication leads to complication/My emancipation don’t fit your equation/I was on the humble, you on every station.” You are made certain that no matter what anyone said to the media, The Fugees parting of ways was not amicable in her eyes. Elsewhere, on tracks like “Superstar”, “Ex-Factor”, and “Forgive Them Father” Pras and Wyclef would find themselves the target of even more very pointed lyrical barbs.

While many hip-hop fans will argue all day about when the Golden Era of hip-hop ended, they rarely agree. I will throw this point of view into the arena though, the Golden Era didn’t end until after this album came out. My qualifier for this, was the heavy use of samples in the Golden Era and not just how often samples are used on this album, but how well they’re used. “Lost Ones” samples Sister Nancy’s “Bam Bam” and “Super Hoe” by hip-hop legends Boogie Down Productions. The biggest hit off the album, “Doo Wop(That Thing)” samples the opening horn lick from 5th Dimension’s “Together Let’s Find Love.” “Superstar” even takes a bit of Ray Manzarek keyboard lick from “Light My Fire” to add some density to the musical track. People, both inside and outside music industry, have their opinions of sampling. I think when it’s done well, it can take two old things and make them new again or take bits and pieces of various things and arrange them in a manner most people will never recognize. The sampling on this album, was done to near perfection.

One of the reasons some people felt hip hop’s Golden Era was over by 1998, was that the music had moved on topically. What had once been a conscious genre that dealt with any number of issues, be they personal or political, was moving on to topics a mainstream audience could more easily digest. As would prove to be the case, more often than not, throughout her career. Lauryn Hill wasn’t about that trend. Her solo debut dealt with topics of religion, personal image, love and loss, and touched on the political as well. Like Stevie Wonder in his prime, Lauryn Hill was putting every ounce of human she had into an album to see what would come out.

What came out was one of the best hip-hop records ever made. From singles like “Doo Wop” and “Everything is Everything” to the albums deeper cuts, everything here is dripping with emotion. And the musicians and producers that backed her up while capturing that emotion did an amazing job as well. Coming just a year after Missy Elliott’s debut, it would be these two albums that made critics remember hip-hop wasn’t just a boy’s club and likely inspired several young girls to pick up a mic themselves. This album remains a classic twenty years later, musically and lyrically. When you add the influence it had on a generation of women who wanted to rhyme, it pushes the album into legendary status.

Neutral Milk Hotel: In the Aeroplane over the Sea

MxPx: Slowly Going the Way of the Buffalo