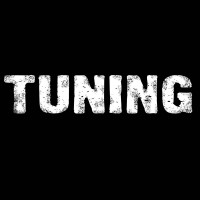 Tuning’s two-song demo is a frenetic and invigorating release for Bay Area hardcore. The band doesn’t seem all that interested in reinventing anything necessarily. But what they do extremely well, especially given this is a demo, is play fast melodic hardcore with precision and vigor.

The demo’s first song, “Kara Thrace,” opens with a melodic mix of youth crew and California style hardcore. There’s a very distinct Mouthpiece meets Ignite vibe going on here. The vocals are sung with some growlish tails woven into the cadence. Coupled with fast-paced verse riffs and pounding gang vocals in the choruses, the song checks off just about every part of the traditional hardcore rubric. But what helps Tuning rise above the rest is the tightness of the guitars and drums. Everything pops. Whether in the octave complements or the energetic drum beats that steady the more chugging closure, the song is structured extremely well given the particular hardcore sound that Tuning draws from.

“Hanging Thread” is the stronger of the two tracks because it offers just a bit more in musical reach. The choruses throughout the song are super catchy by way of balancing some great guitar octaves against really well sung vocals. The doubling over of the vocals here is also nicely done since it doesn’t quite force the chorus into gang vocal territory, instead giving it just enough extra power. The ring outs in the verses are also a nice contrast to some of the more traditional horse-hopping riffs found elsewhere on the demo. The ring outs actually provide a level of dissonance while also giving the drums and bass an opportunity to move the song forward.

For a demo of only two songs, this is a surprisingly strong offering from Tuning. The band harnesses a nostalgic iteration of the hardcore sound without sounding sappy of seeming out of touch with the here and now. This is hardcore played with speed, meticulousness, appropriate melody, and earnest energy. The demo vibes with a sound fostered by the likes of Redemption 87, Shelter, and myriad youth crew bands. An absolutely worthy listen.