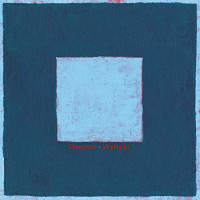 Pinegrove's story is a really interesting one and 2018's Skylight, aptly titled, is more or less a spotlight on the history of a band that's seen a lot of highs and one very big low. Anointed as one of the emo-revivalists alongside the likes of The Hotelier, 2016's Cardinal proved why they were considered a big find in the indie genre. Their style of folk was uniquely blended in as well, leading to last year when fans couldn't wait for this LP to drop. That is, until sexual misconduct allegations were levelled. Which now leads to this record -- an intriguing and somewhat unsatisfying attempt at an apology.

In terms of the songs: ambient, acoustic-heavy songs from accused frontman Evan Stephens Hall paint his remorse in spades. It's stripped down a la tracks like "Rings" and "Intrepid", personal and country-influenced a la "Portal" and then you've got tinges of old on "Easy Enough" -- which feels like a mid-tempo step away from Death Cab For Cutie tributes such as "Darkness". The problem is, as personal as these lyrics are, they come from the abuser's perspective but it's more about him. I feel bad that it's not an apology to the victim, but more an apology for getting accused or for being a bad person. Or for getting caught.

This isn't me judging any party, but the songs here don't resonate the way I think Pinegrove intended. It's more gimmicky and a statement, as opposed to a heartfelt apology. Of course, Hall repeats over and over he wants "to be better" so I do applaud him standing up for that. And taking some responsibility but still, donating proceedings to charity still feels style over substance when you're yet to fully admit you messed up. When you listen to Brand New's Science Fiction it does feel like Jesse Lacey is saying sorry, albeit we didn't know at the time what he was about. And I think records like these in the wake of whatever incidents should be confessions, not press releases in disguise or publicity stunts.

Musically, this record is decent enough (slow, whisky burners as opposed to catchy, loud anthems of old) but the reason I think this discussion needs to happen is how do we forgive our musicians? How do we bide time wondering who was guilty, lying and innocent? Brand New had an old demo leaked and the conversation's stirring again on forgiveness, and Sorority Noise's Cam Boucher also made a vague statement on his own situation re: accusations. Clarity and full transparency are what the fans need to make honest, fair assessments and move on, and right now, bands don't do this. Records like this, though, can help clear the air, although as it stands... Pinegrove just muddied the water a bit more to me. Until the music speaks volumes, labels like Run For Cover won't be able to give you the benefit of the doubt, and from songs like this, where it does seem Pinegrove tweaked and reshaped in retrospect, let's just say there really is a need to do much, much better.

I can see them continuing to make great music as these songs show how versatile and dynamic their brand is. The question is: do we really want them to? Right now, I'm still on the fence and hoping something more than a donation or some Lacey-esque lyrics come forth to show that art is being used as a platform for meaningful change and social justice.

One Step Closer: From Me to You