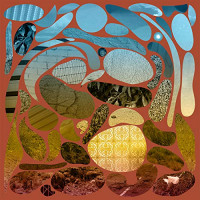 There is a strange mythology around Pedro the Lion.

In a sea of Republican-voting, Focus On the Family-approved Christian punk bands singing toothless sermons and straight-up insulting apologetics, Pedro the Lion's David Bazan was a contrarian breath of fresh air. He was not afraid to invoke taboos and cross tribal lines. He asked questions few felt they had the freedom to ask within Christendom.  He wrestled publicly with his doubts in a spiritual environment where Doubting Thomas was just as disdained as Judas Iscariot. He even did some cussin'.

As an edgy youth group kid in the early 2000s, if you wanted to create a mixtape that clearly demonstrated that you weren't afraid to buck the authority of the CCM movement, you just needed to add a couple Pedro the Lion songs and call it a day. You could maybe make a college of Ronald Reagan with some Bible verses about false prophets pasted over his eyes in a mixtape cover maker if you wanted to drive the point home.

It's been fifteen years since the last Pedro the Lion record. Of course, David Bazan has never stopped making music in that time. Between his brief stint with Headphones, his slow-core supergroup Lo Tom, and releases under his own name, he's released at least seven records in that time—and I'm sure I'm missing a few. When he wasn't recording new music or appearing on podcasts, he's spent his time doing house show tours (I was lucky enough to catch him in a living room in 2013).

During that time, David has never stopped asking questions. He very publicly denounced his faith before Curse Your Branches, the first record under his own name. While he was decidedly no longer a Christian, nearly every song was still addressed to God—though with a much different tilt. And as so many young Pedro the Lion fans came to grips with the same questions, Bazan continued to be a voice in the wilderness of sorts, crying out against the ills of the religious class and searching for truth.

But beyond the spiritual context, the line between Pedro the Lion and David Bazan has always been blurry. Pedro the Lion was essentially Bazan's brainchild in the first place, and his solo output never strayed very far from the lumbering, slow indie-rock of Pedro.

Phoenix does nothing to clear up this line. In fact, it only blurs it further. Some have opined that Pedro songs are fictional and Bazan songs are autobiographical, but this record is fiercely autobiographical. In fact, Bazan announced that this is the first of five (!!!) records based on the cities he's lived in.

The narrative of Phoenix opens with a six-year-old David attempting to master his "Yellow Bike". And after a push from his father, he feels the exhilaration of freedom for the first time of his life. As he turns the corner from his house, his heart beats with the possibilities of all the places he can visit on his own. As a grown man who spends his days driving alone from city to city, he looks on the same independence as loneliness.

As the songs go on, that child faces the cruelties of life for the first time. He witnesses the heaviness on his paramedic uncle after a fatal car accident. He faces his first letdowns from the people he depends on. He finds his sense of identity uprooted as his family packs up into a Uhaul and moves away from everything he's known. These songs are deeply autobiographical, but they're told with the same epic, magical realism that has informed the best Pedro the Lion songs. "Clean Up" time is a sacred rite. A young child squanders his allowance at "Circle K" as Jesus Christ watches on silently. The city of Phoenix becomes an entire world unto itself, which then vanishes as their packed Uhaul van is "Leaving the Valley." Over the course of an album, young David discovers the world around him, only to have it systematically dismantled around him. And wordsmith that he is, he makes you feel every revelation as clearly as he did.

Sonically, this is the finest thing Bazan has ever done. The production is crisp and brilliant. Every scrape of a pick over a guitar string or tap of a cymbal is perfectly mixed. Buzzing synths play overtures and segues between tracks. And while Pedro the Lion has always been synonymous with slow, arpeggiated clean-guitar lines (read: slowcore), Phoenix turns up the volume a bit. Several of the songs rattle with a feedback and overdrive that had previously been reserved for only the heaviest songs (read: "Second Best"). "Quietest Friend" scans like a song that was originally written as a hushed acoustic ballad, but he changed his mind and decided to play it as loud as he possibly could. "My Phoenix" crashes with huge riffs as Bazan offers up his most powerful vocal performance of his career.

With so many bands constantly reuniting and making comeback albums, it can start to feel a bit like groups are just cashing in on their previous notoriety, offering barely-warmed-over rehashes of their best work. But Phoenix might actually be Pedro the Lion's best work yet (and it's not like there's a difference between Pedro and David, so is it really a comeback record?). It's a distillation of everything that Bazan does best, taken to staggering new sonic and emotional heights. It's the most affecting and consistent thing he's ever done in his twenty-four career, regardless of the project.

And I know that January might be a little too soon to name anything the best album of the year—especially with all the releases already announced—but whatever else comes out this year is going to have a heck of a time if it's going to try to top Phoenix.