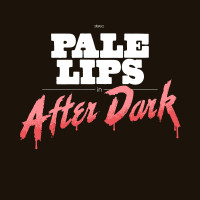 After Dark is the sophomore album from Montreal based band Pale Lips. While bands have been haunted by the sophomore slump, Pale Lips choose to turn that on its face. Peppering After Dark with things that go bump in that night, including werewolves, witches, ghosts, and the birds and the bees, Pale Lips throwback to an earlier era of rock ‘n’ roll with a modern sense of humor.

Pale Lips’ sound centers on hook driven 50s inspired surf-pop. The four piece know their way around three chords, up-tempo rock beats, and heartache well. All the references are right on this album, from the immensely catchy “whoo hoo hoos” in “Hiding from the Moon” to the “Doo Wop Showaddywaddy” backseat fun with a boy found on the track of same name. Pale Lips occasionally bring in complementary instruments to their sound like the saxophone on “Johnny” and harmonica on “All My Baby Brought Back Was The Blues.” They also throw in 80s sounding electronics for good measure. The most obvious example being closer “Cosmic Love.”

After Dark contains some of the same humor found in early material from The Donnas. Fans of said band will find familiar territory in album opener “Some Sort of Rock N Roll” and “The Kids.” The fun comes to a brief intermission on the somber and stand out “That Old Ghost Don’t Lie.” The track harmonizes its way into La Sera or Vivian Girls’ territory showing off a more straightforward side of Pale Lips. Singer Jackie Blenkarn laments loss love with drowning in a bottle of wine singing, “I left it all behind / But, honey / That old ghost don’t lie.” The striking guitar line gives the song a spaghetti western nod.

While Pale Lips’ After Dark is an enjoyable listen, it sometimes can run together. The band does offer brief reprises from this, but on some of the lesser cuts, you may be checking to see if you’ve already heard that song before. Overall, After Dark is a fun listen that borders on more sugar than substance.

The Smarthearts: On The Line