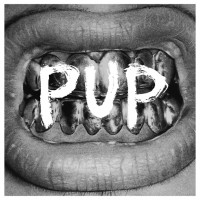 PUP, as it is discovered at first sight,is a fierce band both in the studio and the stage. The songs are highly underlined by the lead guitarist, who actually knows how to dig into solos and shreds. Burning riffs come up to the listener more clean and the noisy sound classical punk rock bands use to dress up their albums with. While the lyrics speed up to reach chorus like hymns, the guitar and bass line become catchy and energetic.

They use common issues to write about but building up some methaphores led by more commercial lines which makes it much less aggressive. The technique and complicity between them is a live proof of the gained experience since Topanga, the original name of this Canadian band, switched to PUP, an acronym of "Pathetic Use of Potential."

Something subversive, as there is nothing wasted there, since the debut album brought some heavy singles as "Reservoir" or "Guilt Trip."