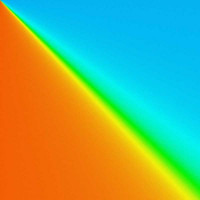 Frank Carter and The Rattlesnakes

Frank Carter has swagger, not a word that’s been associated with rock and roll for some time. Since his earliest days in music, Carter’s radiated personality with his commanding voice and hardcore attitude. With Gallows and hate ‘em or love ‘em Pure Love, Carter had a clear vision. But his work with The Rattlesnakes has been slightly more scattered. End of Suffering, The Rattlesnakes third outing, sees Carter leaning more toward traditional rock without fully giving up his roots.

End of Suffering is the most straightforward-rock sounding Carter and his backing band—Dean Richardson, Tom Barclay, Gareth Grover and Thomas Mitchener—have ever sounded. And it’s clearly an intentional move. While Blossom and Modern Ruin utilized their hardcore elements, here, they’re often sidelined. End of Suffering’s first two tracks are its weakest as they aim the most for the middle. A spider and a butterfly love story and “Tyrant Lizard King” are both too literal and metaphoric at the same time. “Latex Dreams” and “Kitty Sucker” fare better, but the midtempo numbers leave something to be desired.

Interestingly enough, the best songs on End of Suffering are “Angel Wings” and “Supervillain.” Slower than anything Carter is known for, they are still able play up his larger-than-life character. Crunchy bass lines and Carter at the edge will always go over well, “This is where I lose it all, don’t catch me when I fall back down on angel wings, on feathers made of diamond rings.” “Supervillain” slows down even more but keeps a looming, villainous presence, even when sincere, “I feel like a good man, but I’m a fucking heathen.” By the time the full band comes in, you’re ready for it, hanging on his every word. And Carter's words hold weight so the substance needs to be there. “Love Games” and “Anxiety,” for example, feel as though Carter is delivering a sermon in the form of a disheartened love song. The same goes for the beautiful, closing title track where Carter bares everything. Here though, there’s no tough guy attitude. It’s just him.

Frank Carter & The Rattlesnakes are at their best when they’re unhinged at any speed. If they want to slow down, End of Suffering shows they can do it and do it well. But it also makes it clear they need to fully commit or the results can be muddled.