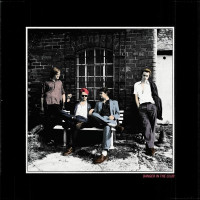 There was a second wave of british garage rediscovery that took shape during the beginning of the current decade. In this context, Palma Violets made quite an entrance with '180' that maybe didn't attain appropiate recognition.

There is already a significant volume of albums on the young british alternative rock new bands archive but this might be the proof of the genre's ability to cultivate progressive improvement.

Danger in The Club is pretty apt at banging out old school punks one minute and intense melodic romantics the next -in the same song, sometimes-.

The mixture is a bit riotous when partnering sounds, taking into account we can hear nature-like noises at some points but then perfectly matched and accompanied by the raw fervent voice and the heavy background that mentally brings us to an underground London venue .

The music keeps it as simple as possible and maybe that's the best snapshot for a band. The collection of these 17 songs is a welcome addition to the increasingly diverse discourse around how aggressive rock music should sound. This album examines its own essay with innovative perspectives.