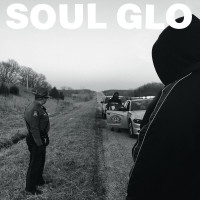 When Donald Trump became President, it was noted by music writers and artists that it seemingly offered punk rock the chance to become great again by getting political. At best, this sentiment was expressed with the idea that punk rock with meaning would breakthrough in the collective stream of consciousness that was seemingly taking place in the scene after years of vapid mainstream capitulation. However, punk rock was never at its best when taking on individual politicians. They all suck. The ethos behind punk is the existence of the genre and the individuals that make up the scene are an existential threat to systems of oppression.

This is often lost in modern day punk rock, but Philadelphia’s Soul Glo live in this truth. When vocalist Pierce Jordan shouts, “The imposed invisibility / Is as equally exhausting / As the enthusiasm,” on opener “22” of their new album The N---- In Me Is Me, Jordan is directly addressing the tokenism often disguised as diversity in the majority male, heteronormative, and largely white punk scene. The N---- In Me Is Me is an assault on this type of performity and directly centers the black experience in a scene conditioned, much like the world at large, through adherence to whiteness. “22” finishes with Jordan yelling, “But you dicks couldn’t give two shits / Till you could feel clenching fists / While they stayed in your pockets.”

The N---- In Me Is Me is an aurally abrasive album with a runtime of just under 18 minutes. It weaves in and out of shouted, spoken, and rapped vocals that conjure the passion of the original hardcore scene and an authentic anger that only comes from lived experiences. On tracks like “31” and “noise tracc,” eerie bass and synth rattle over drum machines and warbled vocals inching towards the noise rap of Death Grips. While always experimental, this is a new element in Soul Glo’s arsenal. Some of the opening riffs in “23” underscore the band’s hardcore beginnings recalling the best two-step bands like Gorilla Biscuits introduced and Turnstile have made modernly successful before piling into something resembling grindcore.

Indeed, the trauma found within the lyrics on The N---- In Me Is Me are lived experiences. This includes societal oppression as well as the recognition that success for Soul Glo is defined by a music industry and punk scene that would never make space for them. This is addressed directly on the aforementioned “31” with Jordan questioning comments from alleged allies in the wake of the arrest Soul Glo faced on tour in Missouri by state troopers. The latter sentiment directly on “30,” noting that publications like Sterogum, Fact Mag, and Complex make black artists compete against each other for mainstream recognition using stereotypical narratives for profit, but never delving into the struggles of a place like the Philadelphia Industrial Correctional Center where any number of potential artists have had their life cut short through incarceration.

Not once does The N---- In Me Is Me’s relentlessness let up, adding to the overall sense of uncomfortability that permeates from it. And we should be fucking uncomfortable because this album’s importance stems from what it has to say about and to the punk scene, even if those within it may not be listening.