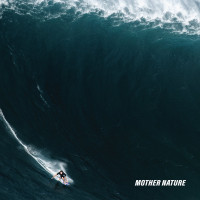 We’ve all received that phone call, that text, or had that “hey, you have a minute” conversation. The one where someone suspects a struggle and gives us the much-needed perspective for a complete reset.

That’s exactly what Mother Nature is. It’s the product of several moments of clarity, a detox for singer/bassist AJ Perdomo that spills out on to pen and paper and into your psyche. It’s the result of the realization that you were silently crying out for help, but were never conscious of it.

This all becomes quite obvious with “Prologue,” a chilling opener that presents a recording of THAT type of phone call AJ received from a friend. It sets the tone of the record, driving into the explosive “Blind Ambition” that’s hits hard with the power and emotion meant for an arena. It’s the perfect depiction of an emergence from rock bottom.

The Dangerous Summer have been around for a while, including multiple lineup changes and a five-year hiatus that ended with 2017’s S/T. So, when the band released “Where Were You When the Sky Opened Up” earlier this year, it was clear that something needed to be expressed and there was no time to wait. The single is a breezy, road-trippy jam, and on the record, it’s sandwiched between two of the band’s most experimental songs to date, “Starting Over / Slow Down” and “It Is Real.” The former works, it’s a raw song that could have easily been swapped as the album’s closer, whereas the latter is just completely out of place. It’s one of the most forgettable songs in the band’s discography and a complete buzzkill from the emotional high of the preceding flow of the record.

This continues with “Better Life” that brings in another change of direction, a deviation from a standard The Dangerous Summer song. At first listen, it almost feels like a filler, but it’s the perfect transitional track to the album’s closer. It presents the feelings of a recording meant for a live intro played over a venue’s speakers, where the lights are low and the band takes the stage to a raucous opener.

Hit play on standout track “Bring Me Back to Life” and Tom Delonge appears with a swoop cut, flailing his arms in the cockpit of a spaceship. It’s the airiness, uplifting type of song that he could never recapture post We All Need to Whisper.

There’s a ton of exploration here, but I wouldn’t say there’s massive maturity with Mother Nature. It’s obvious that producer Sam Pura adds some really unique flavoring to the songs and pushes the limits on band’s established sound. The lyrical content is heavy, and it needed to be personified into a more paramount sound from their previous records.

I’ve always considered Dangerous Summer a guilty pleasure, a far cry from the sweaty, circle-pitty, late 90’s sound that has consumed my mixes, playlists and streams for the past 25 years. I was drawn to 2011’s War Paint, a record that ripped out emotions during a time when my life was taking a pivot. Mother Nature produces just that. It will unlock a memory, hit you with some heavy feels and ignite a few neurons. Mother Nature gives you life.