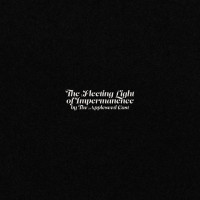 The Fleeting Light of Impermanence (2019)

I’ve admittedly been sleeping on The Appleseed Cast for a while now. Their 1998 debut, The End of the Ring Wars, and their 2001 double album, Low Level Owl, were two of my favorite albums from my late-high school years. They harken back to the end of an era in which the term “emo” was more commonly associated with post-rock than with pop-punk. The last album of theirs that I really gave a proper listen to was probably 2003’s Two Conversations. I’ve kept enough of an eye on them from afar, though, to know that, after that album, they sort of dropped the emo side of their sound to focus more on their post-rock style. While hardly an expert on post-rock, I wanted to check back in with this band for their eighth or ninth album (depending on if you count Low Level Owl as one album or two) and see what they were up to. While there’s plenty of post-rock deconstruction, which I fully expected, I also noticed a distinct pop style to the album that kept it slicker and more easily accessible than a lot of post-rock music out there. Still, The Fleeting Light of Impermanence (I really hate that title, by the way) is a very uneven record that swings wildly between beautiful catharsis and unlistenable dullness.

One thing that remains consistent in The Appleseed Cast, in spite of their many line-up changes, is excellent drumming, which is really what gives this album any emotional power whatsoever. You can see this in the opening track, “Chaotic Waves,” which is anything but chaotic, and is in fact a very structured pop song that plays some beautiful melodies over some very complex drumbeats. Christopher Crisci’s vocals may not always be the main focus of the music, at times being hidden in the mix behind the complex music, but when it does ring out, like in the opening of “Petition,” it sounds absolutely glorious. But while “Petition” has some truly beautiful moments, the song’s completely unnecessary outro nearly ruins the excellent song. Speaking of unnecessary bits on this album, the intro to “Time the Destroyer” is absolutely tedious and lasts nearly three minutes before drums and vocals come in to end the monotony. Once the song gets going, it’s not bad, but it’s not worth sitting through such an agonizing intro that even The Cure would call excessive. The intro to “Collision,” on the other hand, actually builds to something rather than wallowing in the same repeated phrase, and the song pays off with some truly gorgeous melodies, and doesn’t leave you feeling like you just listened to a song that’s over six minutes long. “The Journey,” however, truly does feel like a six-minute song as it just drags slowly with little interesting happening through the whole track. “Asking the Fire for Medicine,” combining electronic and acoustic elements, blends into a beautiful cacophony of beautiful noise that leaves you with goosebumps. “Reaching the Forest” is another song with an insufferably long-winded instrumental intro that adds nothing to the otherwise mediocre song. Finally, the closing track, “Last Words and Final Celebrations,” with its Modest-Mouse-meets-The-Cure style at least closes the album off with a decent track.

There are so many truly excellent moments on this album, but to get to them, you really have to sift through a lot of excess fat that could easily have been cut out of this album. To paraphrase something my English teacher once said about Herman Melville, I think someone needs to give Christopher Crisci an editor for his birthday. He certainly has a great talent for melodies and huge, glorious crescendos, but all too often these are ruined by overly long and repetitive sections that add nothing to the music. I’ll probably continue to check in with this band from time to time over the years to see what they’re doing, but with so much unnecessary filler on this album, it’s not likely to become one of my favorites from The Appleseed Cast.