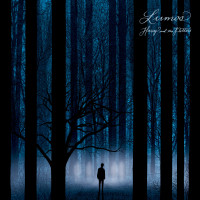 Harry and the Potters

If you are “I Remember When The Harry Potter Books Were Released In Real Time”-years-old, you may remember the brief ascent of “Wizard Rock,” an early aughts subgenre of Harry Potter-specific music and art so decidedly niche as to demand begrudging respect. Hot on the heels of the Harry Potter book series ending and the Harry Potter movie series beginning, Harry and the Potters turned a collection of competent, composed, unbearably on-the-nose dork-rock songs literally retelling the story of Harry Potter into Pitchfork.com headlines and national tours.

By that logic, the existence of Lumos, the band’s first album in a decade, should not shock. It’s not like people have cooled on Harry Potter in the intervening years (Amusement parks! Stage plays! “Pokemon Go, but Wizards,” the app!).

And yet I find myself flummoxed. Maybe it’s because the internet has become a weirder, scarier place since 2005, and to see a genuine artifact of twee sincerity reemerge now is to be reminded what this big network of computers used to be, and reminded what it is now. Maybe - and honestly, this is more likely -it’s understanding the “why” of an album like this. Is there not enough meta-textual Harry Potter ephemera in the world? Does anyone, fans or otherwise, actually need this? If that’s the hill to die on, why does anyone do anything?

The music is unexpectedly saxophone-driven. There’s a distinct DIY, “I produced this myself” feel to the record, in that it sounds a little thin despite its heavy instrumentation and careful arrangement. It’s clear that Harry and the Potters are talented, that they have a clear vision (which, considering the album is a retelling of Harry Potter and the Deathly Hallows, duh). Beyond a fleet of background vocals and the odd percussion or bass addition, the two-person HatPs play every instrument, which is impressive considering the suite of elements present on songs like “You’re Not the Wizard” and “The Wand.” Imagine a more insecure They Might Be Giants with a healthy dash of high school theater and you’re in the ballpark.

Accepting all that - the commitment to the bit, the chops, the arrangement, the care in rewriting a narrative - there’s still something deeply embarrassing about all this. Maybe it’s hearing the borderline gibberish of “Gone Camping” or the weird night-jazz of “Hermione’s Army” and knowing that it’s at least 75% serious. Maybe it’s imagining people giving themselves over to this at any of the dozens of library gigs the band has scheduled over the next few months.

Or maybe it’s that these songs, as singularly goofy as they are, aren’t without a fair amount of pathos. Look past all the wizard stuff and you’ll hear a band that taps into genuine emotion; you feel the betrayal and determination on “Your Not the Wizard,” you feel despair turn into hope on “The Stone.” That one might not be able to say those song titles out loud without blushing does not diminish the quality of the output. It’s cornball shit, but it’s genuine, real-deal, cornball shit. Maybe that’s magic enough.