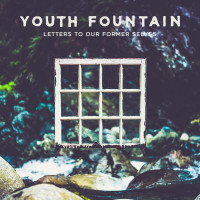 Listen, I know my audience here. We were born on the wrong side of Y2K and didn’t grow up in the world of apps, YouTube and “RIYL” playlists. Music wasn’t at our fingertips and surely wasn’t as accessible as it is today. Our means of discovery were through borrowed VHS skate videos and combing through the “thank you’s” of a records’ linear notes.

For most of us, our entry point was through some sort of pop-punk portal, consuming anything within six degrees of Ben Weasel.

But after twenty-some years, “our” version of pop-punk has significantly mutated. The perception of the genre has shifted to a style of technical riffs and a bit of raspy twang. The Lookout! logo is now nothing more than a cool use of an emoji.

Well, I’m not going to sit here and yell at the clouds. Back when we first heard Can’t Slow Down or when “A” New Found Glory first came through a local legion all, we witnessed the shift start to take place. I didn’t consider it “pop-punk” at the time, but looking back, it certainly was the beginning of the new foundation being built.

The tempo uptick and seemingly mandatory breakdowns were nothing but fun. And through these “RIYL’s” and algorithmic suggestions, I often find myself discovering bands like Youth Fountain.

By no means can I relate to the subject matter with this new breed of pop-punk, but despite this, there’s no denying that some of it’s truly infectious. I recently came across “Rose Coloured Glass” from these two Canucks, cut from their debut LP, Letters to Our Former Selves. It’s an undeniably catchy song, with a hook so impressionable, I dug in.

It’s a record full of dual vocals and drowned out vocal treatment. Although it’s a subtle style, it really beefs up the emotional elements of the songs here. This is where the band shines, with slow build-ups complimented by roaring vocals and passionate deliveries.

And that’s exactly how the LP begins with “Helpless” and “Letters to Our Former Selves.” The former would have been a great bridge or pairing with a mid-LP track, whereas the title track itself bears its own intro vibe that really would have set the tone of the record. Nonetheless, the combo is a great predecessor for what’s to come.

This similar track layout and song structure is their sweet spot. The back-to-back blend of “Furlough” and “Lucid,” heavy with rolling drums that drive into shouts of raw emotion. These are the tracks I find myself going back to most, silently screaming along to “Will next time be more lucid? More lucid than now?”

There’s also some blandness throughout, a few tracks lacking that bite and lasting power. Songs like “Worried” and “Complacent” however, pick these songs up with massive and memorable choruses.

I’m hoping these kids keep up the momentum, never straying from this style. The debut here is a sign of a bright future and a bonafide headliner.

Ok, I’m glad that’s off my chest. I will no longer feel dirty when jamming to this nu-age of pop-punk. I suggest you all take a taste and indulge a bit. Take a break from the Fest-core, and put yourself back in that mindset of a carefree, impressionable kid. If you find yourself over-indulging, just know that I’m here for you!