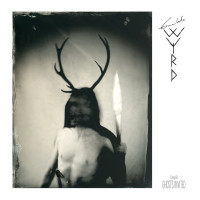 So I watched the Lords of Chaos movie the other day and it was weird. I’d read the book and I’m familiar with the Norwegian black metal scene of the early 90s, both the music (which is top notch) and the shenanigans (which are decidedly not). So as someone familiar with the storyline it struck me more as a weird interpretation of history than as an entertaining feature flick. High marks for the music included though. And there’s a sweet gag with Accept’s “Fast as a Shark” that is quite hilarious. And the top Easter egg occurs when Mayhem is recording: the actor playing vocalist Attila Csihar is wearing a Tormentor shirt (Attila’s band) and the dude is actually Attila’s son, Arion Csihar. How cool is that?!

Anyways, the point behind all that is twenty-five or so years later, remembering Norwegian black metal can be weird and not always all that well done. The flip side is the weird and well-done side: case in point, GastiR - Ghosts Invited, the new record from onetime Gorgoroth frontman Gaahl, and his new band, Gaahls Wyrd. It’s a weird take on black metal that never would have flown in the orthodox days of the early 90s. But it’s fun and original and all over the place in a good way. “From the Spear” has your black metal stylings, but then gives forth a little more shred then you’d hear from Gorgoroth with more clean singing to boot, giving the outro almost a trance-like vibe. If Gorgoroth is all about giving off dark and evil omens, that Gaahls Wyrd is about giving off the creepy and spooky folkloric auras, bringing some influence over from Gaahl’s time participating in the similarly thematic but more ambient Wardruna. “Ghosts Invited” features the blast beats you’d expect on a black metal record, but with Gaahl delivering ominous, cleanly sung hymns to darkness in general, instead of bellowing and shrieking to the darkness of Satan. It’s eerie and haunting and one of the coolest songs on GastiR - Ghosts Invited.

And it segues in beautifully (has that word ever been used to describe anything Gorgoroth has done?) to the highlight of “Carving the Voices.” The longest track here, at approximately seven and a half minutes, “Carving the Voices” has all the dark monotony and repetition that make up the best moments of SunnO))). There are times where Gaahl almost reaches the operatic delivery of Summoning’s chanting moments, and the rhythmic cadence is enchanting, in all sense of all doom and gloom, reveling in its bleak rituals. It’s a totemic tour de force from Gaahl and crew. “Veiztu Hve” veers back into the blast beats of black metal, and while I have no clue what is being alternately growled and chanted over the ravishing grimness, I dig it. In a record full of contrasts that dichotomy from the reverential near-ambiance of “Carving the Voices” to the near traditional black metal of “Veiztu Hve” is one of the most stark and impressive. That “Veiztu Hve,” over the length of its near seven minute run time, diverges into repetitive ambiance similar of “Carving the Voices,” only makes this more impressive. It’s one thing to make those sorts of transitions in the course of a full record, it’s quite another to make them so seamless in a single track.

GastiR - Ghosts Invited is firmly a black metal record – songs like “From the Spear,” Through and Past and Past,” or “The Speech and the Self” feel like more traditional songs (hell, “The Speech and the Self” almost feels like a black metal sing-along, perhaps owing to its use of English) – but Gaahls Wyrd is the kind of project people who claim not to like black metal could probably enjoy. Even the blackness of “Through and Past and Past” is a whole different kind of darkness from Incipit Satan. There’s more of a shamanistic ambience, especially clear in closer “Within the Voice of Existence,” than the homage to Satan malevolence of Gorgoroth, throughout the forty minute run time of GastiR - Ghosts Invited. So grab some candles, light some incense, turn up a nice pair of speakers, flip off all the lights, and immerse yourself in the enthralling world of Gaahls Wyrd’s GastiR - Ghosts Invited. It’s a worthwhile trip.