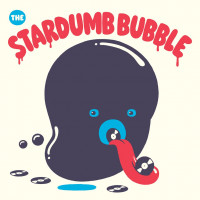 I miss the days of cheap compilation CDs. That was generally how I found out about new bands in the ‘90s. But now, the internet has taken some of the magic out of the process and it’s pretty easy to put out a digital comp. Despite this though, Stardumb Records and many other punk rock labels continue to put out physical copies to attract new listeners.

The label was founded in the Netherlands in 2000, 19 years ago. To celebrate, they’ve included 19 songs from 19 Stardumb artists. Some bands have 2 tracks on the comp, bringing the total amount of songs to 22. It’s tough to say what my favorite tracks are, but I guess that’s a good thing. The CD contains some familiar artists, The Copyrights, The Methadones, the Groovie Ghoulies, Kepi Ghoulie, and Geoff Palmer. So I had a pretty good idea of what to expect in that sense. But many of the songs and artists were new to me, so I was pretty excited to dive into this. Overall the sound is what I expected. Stardumb has consistently put out good, catchy punk rock in the same vein as Lookout! Records. So fans of Screeching Weasel, early Green Day, the Ramones, etc. should dig this release. While many of the tunes are true to this sound, some of the songs lean more towards a garage-punk or a Replacements-esque sound. As a result, there’s a fair amount of consistency throughout the 22 tracks, but there’s just enough variety to avoid getting stale.

With the release of the The Stardumb Bubble, the label has done a pretty good job of showcasing what they have to offer. There’s some really killer tunes on here that should attract new fans for the artists and the label.

Dollar Signs: This Will Haunt Me