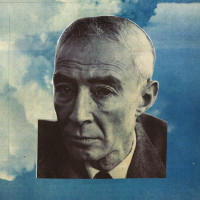 Protomartyr frontman Joe Casey has said in a statement that No Passion All Technique, originally released in 2012 on the delightfully-named Urinal Cakes Records and re-released in 2019 by Domino, “gave [the band] the doorway to what we’d want to do later.” Listening to it now, divorced from its initial limited run of 300 or so copies and left off most major streaming services until this year, it’s a statement that feels all right but only half true. Because, at its heart, No Passion All Technique plays like a dry run of Under Color of Official Right, the album that rightfully launched the band into its stardom among the post-punk black shirt set.

And here’s where the half-truth comes in. You don’t need No Passion All Technique to chart the course Protomartyr has taken in the last decade. In the broadest possible terms, the band has grown from garage rock with post-punk tendencies (Under Color of Official Right), to the second coming of The Fall (The Agent Intellect), into, finally, genre fluid doomsayers (2017’s Relatives in Descent, which is for my money the most depressing and clear-eyed record of the last 20 years). From a narrative perspective, the album is redundant.

But that’s all fart-sniffing pretense. The meat of the matter is that No Passion All Technique is a scattershot record of well-performed but ultimately abandoned avenues that the band could have taken. What’s surprising in context is how much certain songs on this album fit into the garage-rock construct, which is Detroit’s rock legacy. They were, as it turns out, human after all. Tracks like “Feral Cats,” “(Don’t You) Call Me Out My Name,” and “Hot Wheel City,” are the kind of pounding, grooving ragers that the band would outgrow quickly, well performed here, but not missed in the larger context of the band.

Musically, the chops are there; the band is as tight and creative as ever, but things are just played a little too straightforward, a little too down the middle, in the context of the creative heights the band would go on to achieve. It’s hard not to hear a song like “3 Swallows” – one of the best on the album and a worthy – and picture something like “What the Wall Said” from Under Color. Both hit the same marks, but the latter has a quietness, an intimacy, that the band doesn’t appear comfortable with in its earlier form.

Same goes for “Ypsilanti,” which, again, is one of the best songs on the record. Casey mumbles about the multiple personalities living inside one person in a mental hospital and breathes more character into three distinct people in four minutes than many authors can do over the course of a novella. His pen and his delivery, already sharp here, only get sharper. He’ll go on to do a similar thing, with more weight and bite, on Relative in Descent’s “Half Sister.”

Maybe that’s what keeps me at arm’s length from No Passion All Technique, the knowledge that, while all this is fun, it isn’t where the band was really meant to be. Listening to record is like looking in a yearbook and seeing a friend you used to sit at a barstool with. That friend has gone on to bigger and better things, and as nice as it is to remember what it was like to fuck around with them, the grow up is what really warms the heart.

Much The Same: Everything is Fine