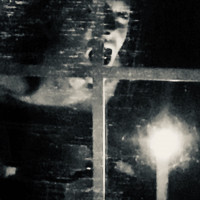 Long Island’s Flesh Prison offers up three speedy and furious songs on their newest demo. The band has honed their gritty and austere hardcore punk style for this release, seeming to find their niche in the genre.

The demo overall pulses with a stripped down hyper aggressive tone in both recording and writing. The first track, “Abducted,” opens with a menacing guitar riff that transitions into a cymbal-driven verse that sounds as doomy as it does aggressive. As the chorus speeds the song up, it also offers just enough grooving melody in the guitars to balance out the otherwise crashing tempos of the verses. The balance here draws as much from early 80s punk as it does from more metal-influenced hardcore.

This writing pattern is reflected similarly in the demo’s closing song, “After Dark.” The chorus is likewise faster-paced and grooving in contrast to the otherwise crunching and brooding verses. The ending breakdown to this song slows the pace, offering the listener a catchy but gloomy breakdown that makes great use of the stripped down guitar tones.

Vocally, Flesh Prison’s frontperson Natalie has a guttural screaming style that complements the music really well. She moves between short punctuated deliveries and more drawled out cadences, especially in the songs’ choruses. Reflecting the vocals themselves, the lyrical content is dark but ambiguous. There’s an obscurity to the lyrics that leaves the listener wondering just what experiences are being drawn from in the writing. But that’s a good thing as it adds to the band’s ascetic sensibilities.

“Look at This Mess” is the demo’s strongest song. The opening guitar is thrashy and dynamic, and it gives way to a grooving Nirvana-esque chorus riff. The vocals offer up some short sing-along-ready lines throughout the song too.

This is a really good demo release for a relatively young band. They are no doubt still perfecting their sound, but there is much to be optimistic about here. It will be interesting to see whether Flesh Prison follows more towards the doomy metallic sensibilities or the more hardcore punk aspects of their sound in future releases.

Queen of Jeans: If you're not afraid, I'm not afraid