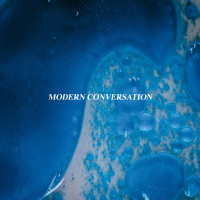 The grudge-infused, emo pop explosion from a few years back is slowly starting to fade, but they’re still a few bands out there keeping it from completely flatlining. One of them is Decay, a relatively young group of lads from Liverpool who are plugged in and ready shock some life back into the genre.

Stating the obvious, Decay’s debut EP, Modern Conversation, is a clear reflection of a heavy Basement influence. Right out of the gate there’s hints of Colourmewithkindness with lead track “Sentiment,” but as the record develops, there seems to be more of a tangential vibe to that of Citizen’s Youth. This is most apparent on standout “Slow Decline,” flush with hazy riffs supported by pounding bass strokes that drive into the “Took [you/him] away” chorus line. It progresses to an atmospheric bridge, slowed down by single strums and soft vocals – all elements that Citizen strives on.

The aforementioned “Sentiment” was my initial introduction to Decay as part of some curated playlist, and within seconds of the leading chords, I checked my phone to see if it actually WAS Basement. It’s an up-tempo song with a mid-tempo beat, and rumbles with an aggressive melody delivered with clean vocals dusted with some gruff. It was an intriguing first impression to an unknown band to me, instantly prompting a bit of head jerking and shoulder swaying, giving me the desire to explore more.

They dial the energy down on closer “Lullaby,” a rather generic track that seems to fit the “need a slow one” requirement, but does manage to wind things down on a high note, both figuratively and musically, with a dreary, chord-gliding finale.

Modern Conversation is pretty solid, and most of these songs really stick. Decay isn’t bringing anything new or genre-bending here with their debut, but it’s a promising start. The foundation is there for some real progression in giving new life to whatever kind of “post-“ sound this is now labeled.