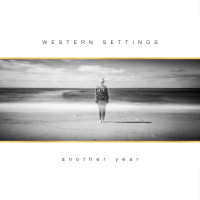 The unfair question you may ask yourself while listening to Western Settings’ new album, Another Year, is this: What will be the next paradigm shift in popular punk music? To a certain extent, the kind third-decade-crisis, hard-pop punk that Western Settings traffic in on this record is nothing exotic, thematically speaking, and positions the band right in line with the Off With Their Heads and Loved Ones of the world. On the other hand – and this may say more about the tastes of this here particular user-generated website than it does anything else – it sure feels like a lot of bands heard On The Impossible Past and decided, either formally or subliminally, “Hey, let’s do that.”

Again, to be clear, this is unfair to Western Settings, whose only crime is making an above-average pop punk record tailor-made for Hot Water Music fans and people who are predisposed to falling in love with waitresses. This isn’t a work of facsimile or manufactured perspective. What exist here feels earned and in-line, both with the band’s work to-date, as well as the larger bend toward the Midwest style that dominates this particular subgenre.

There's a fair amount of playing with the form going on here. "Break" finds the band carving out dynamics from the genre rank-and-file, gussying up what would otherwise be a straightforward stomper with vocal variations (double-timing up on the second half of the chorus, introducing some shout-along counter melodies into the back-half of the track). That goes double for "Duckets is Tight," which introduces some distractingly deep "whoas" into a key-change chorus that feels a little bit like it's just there to fuck with you.

The smiling trudge of "Better," with its voicemail monologue making up the back half of the track, will either sound like art-punk-by-the-numbers or a subtle emotional touch, but it ain't boring. “Angus” succeeded as the rare album-ending stripped down acoustic number that feels a whole with the rest of the project, as opposed to a track-list filler or as a hint to an inevitable pivot to outlaw singer-songwriterin’. If you accept the premise that punk songs have a drop, “That’s Pretty Good” builds to its logical drop before it just up and stops, morphing into an entirely different song in the last 90 seconds or so. Two songs for the price of one.

What this all add up to to is an effective, at times triumphant collection of punk songs for people who might be aging out of punk music; what this suggests is that Western Settings aren’t some fly-by-night trend-hoppers, but aware, alert craftsmen who know their strengths but aren’t afraid to play with them. Another Year makes for a rewarding listen, albeit one that doesn’t necessarily reveal itself to be more over time. There’s a lot of “searching to find a better way,” there’s a fair amount of getting a glimpse of “where I should be,” a fair amount of emotional ineptitude and poor decision making. There’s also, probably, between the margins and just off page, a fair amount of diner-sitting and service-industry lusting. May the gates forever be marched on, may the roads always be thunder.