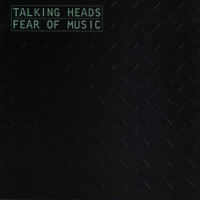 I always say that there are roughly three phases to the Talking Heads’ career: the early art-punk phase, the polyrhythmic phase, and finally the art-pop phase of their later years. Of course these categories are very loosely defined, the boundaries between them are difficult to decipher, and they aren’t a perfect descriptor, but it’s what it more or less comes down to. Fear of Music, the band’s third album in as many years, was a transitional album for the band as they began to move from the art-punk phase to the polyrhythmic phase of their career. Only one song on the album is truly polyrhythmic, and that’s the opening track, “I Zimbra” which was largely based on the African pop music that frontman David Byrne had been listening to at the time. But even though “I Zimbra” was the only polyrhythmic song, most of the rest of the album featured more complex, danceable, funky beats, which would help prepare them for the dense polyrhythmic beats of their album Remain in Light that would be released the following year.

The new complex rhythms were masterminded by David Byrne, but a lot of the credit for them should obviously go to the band’s rhythm section, namely the bass and drums team that was so in-sync with each other that they were already married, Chris Franz and Tina Weymouth. Weymouth’s contribution to the album is especially impressive when you consider that she only learned to play a few years earlier because Franz and Byrne couldn’t find someone to play bass. Weymouth and Franz were so compatible as a drum and bass duo that they would go on to start a new wave/dance rock side project called The Tom Tom Club who, despite being a one-hit wonder in terms of radio singles, are still together to this day and put out their most recent album in 2012.

Probably the most well known song off Fear of Music is the first single, “Life During Wartime,” which is notable for the electrifying performance of it in the Talking Heads concert documentary, Stop Making Sense, where the performance culminates in Byrne just running around the concert hall. The song depicts a survivor in a post-apocalyptic world living off peanut butter, but it also serves as a metaphor for living in the urban chaos of New York, a common theme on this album. Another single, “Cities,” one of the most funk inspired songs on the album, is quite simply about someone choosing which city to live in and was inspired by the band’s preference for urban living. “Heaven,”another song featured in Stop Making Sense, is a soulful tune that depicts Heaven as a tedious, boring place.

Many people think of Fear of Music is one of the Talking Heads greatest albums and, while I agree it’s a very good album, it’s too transitional to rank amongst my absolute favorites from this band. Again, that’s not to say that it’s bad by any means. I don’t really think there’s such a thing as a bad Talking Heads album. But when I listen to Fear of Music, I can’t help but be distracted from the music because all I can hear is where the band is going on the next two albums, Remain in Light and Speaking in Tongues, which would bring the fledgling experiments of Fear of Music to fruition. But just because it’s a transitional album doesn’t mean it’s not an excellent work in its own right, and there’s certainly a lot of joy to be derived from this album.