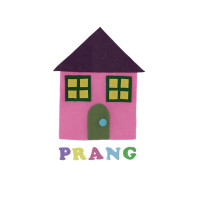 For whatever reasons, I’ve ended up listening to a lot more metal and hardcore than punk over the last couple of years. I should stress that doesn’t mean I’ve lost any of the love I have for punk, it’s just that I fall in love with a record or band in the genre less than I did historically. I suppose that could be seen as becoming more discerning…or alternatively, only being receptive to things that sit squarely in my sweet spot, I suppose. So it’s gratifying to be listening to a punk record that doesn’t necessarily hit the bullseye of that specific sweet spot, but that I am enjoying listening to quite as much as this.

Gender Roles are a Brighton-based 3-piece who have been releasing music (EP’s and singles) since 2017, and now here they are with their debut record. I’ve described them simply as punk up to now, but for a bit more clarity, there is an indie/alt-rock influence to their sound and especially the guitar. On top of that, there’s a dash of lo-fi production in the vocals that also lends itself to feeling somewhat 90’s-inspired. The songs themselves are hook-laden (both guitar and vocal) and catchy as hell. At turns you’re presented with big, rollicking choruses, solos and moments of delicate introspection, but all of them are innately infused with melody. And that’s the key element all across this record: melody. It has the effect of getting under your skin and really digging in. I started listening to this record at the same time as a couple of records I had been eagerly awaiting (both of which are indeed very good) and yet this has been ruling the roost in my earphones for the last few weeks without question. The songs seem to be literally addictive. There’s also something to be said in the current climate for a record sounding positive, I think.

Frontman Tom Bennett has both a turn of phrase and delivery that does feel inherently British at times, but very US-influenced at others. There’s a slacker vibe to the performances that nods to grunge, too. If you listen to either of the 2 lead singles on the album “You Look Like Death” and “Hey With Two Whys”, then I think you’ll see what I mean. The former starts with a simple staccato riff from Bennett’s Fender, joined shortly after by falsetto backing vocals, bass (Jared Tomkins) and drums (Jordan Lilford) before running through the gears until the first full-blooded version of the chorus kicks in just before the 2-minute mark. As the overdrive adds weight to the song and Bennett’s swinging vocals drive the post-chorus on, it’s easy to imagine this absolutely killing in the live environment. But along with the discordant guitar parts in the final act of the song, the dynamics mean this doesn’t just feel like any other rock band.

Gender Roles have got a serious ear for a tune, basically. To an extent which you rarely hear on a debut album. I’d heard bits about then prior to this record being released but had not been overly invested in them, I must confess. That’s not the case now. The way they move from mellifluous, lackadaisical verses to huge, guitar-washed choruses is completely infectious. I am smitten with how much fun this record is and the intrinsic quality in the songwriting throughout. All I need now is the summer to hang around for another couple of weeks, so I can keep soundtracking it with this buoyant, bouncy, grin-inducing record. If you like PUP, Drug Church, Nervus, etc then I’d say you’re going to like this. Also, If there’s a bigger foot-tapping record out this year, I’m yet to hear it.

Jagger Holly: The Last of the International Playboys

Cold Wrecks: This Could Be Okay