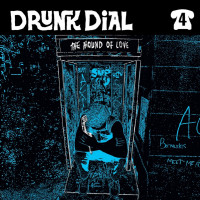 The Hound of Love

Few genres of music have gone through as many ex-post-facto revaluations as ‘80s pop. During the earliest days of the genre, it actually existed somewhat in tandem with post-punk (or even punk)- it wasn’t uncommon to see a magazine cover P.I.L. and Siouxsie Sioux with equal enthusiasm as Human League and Frankie Goes Hollywood. But, by the end of the decade, battle lines were firmly drawn with the high hair tunes thrown into the “totally uncool” pile while underground punk, hardcore, and indie were decidedly more hip. Even hair metal bands would rip on Flock of Seagulls and A-Ha- in ’19, the idea of hair metal ripping on anyone seems ludicrous. By the time grunge rolled around and the inevitable indie-goes-mainstream phenomena, the ‘80s heroes were literal jokes.

Yet, despite the beatings, ska bands both ironically and un-ironically covered the champs of the twelve inch maxi-single, which arguably, preserved the genre for later generations to check out on their own. And now, what with the bloodfeuds of the early ‘90s wars long since petered out, ’80s music is once again considered cool as evidenced by the ubiquitous ‘80s nights at clubs and loving references from Adam Sandler. And you know what, thank God it is- sure, like any genre, ‘80s pop had a lot of terrible music, but it also had a lot of great music.

The Hound of Love- who is the alter ego of Andrew Bassett of Mean Jeans- knows this, and through the Hound project, seeks to recreate the sounds and youthful emotions heard on the ‘80s hits with a decidedly genuine stance. And, he’s good at it.

Perhaps what’s most interesting about Drunk Dial #4 (the latest entry of Drunk Dial’s single series) is that the A-side, might be Bassett’s first true, true attempt at ‘80s synth-magic. His excellent debut tape, Careful Houndy was rooted in the sounds of Flock of Seagulls and the like, but seemed to use those records as a springboard for mixing together video game beeps, abstract soundscapes, and 70s tunes twisted into new wave jams. His follow up tape, the quietly released Heck No, I Don’t Listen to Techno was decidedly more challenging- an instrumental release that incorporated more dance elements into the previously synth-heavy sound.

Yet, “I got your number,” might be his most reverential release to date and it may very well be the best song he’s cut under the Hound project. Propelled by a bouncing bass and Lawrence Welk gossamer synth, Houndy sings a gentle coo reminiscent of “Take Me On.” Telling the tale of the joy you get when getting a crush’s number, the track is actually deep without trying to be deep. Sure, it’s only about scoring a cute girl’s digits, but, like a lot of the ‘80s mega-hits, it speaks to a universal feeling and urge that, if we’re being honest, drives any punk you can name more than a 4,000 word political track by Crass (and I love Crass, mind you). Hound isn’t afraid to write a love song and kudos on him for that. He’s earnest here, and even if he’s not, like all the best pop songs, he’s convincing enough.

To add to the mélange, Houndy adds a sampled German-esque voice coldly stating “Help Myself!” at the end of each refrain, echoing the early hip hop snatches that Falco would use. It shows how deft the Hound might be. If played wrongly, the sample might take us out of the ‘80s callback into more contemporary, or worse, ironic, waters. But instead, with the style dropped on in an almost blocky fashion. Hound seems to reference the mid ‘80s when white producers were looking to urban culture of the next spice, and were almost, but not quite, getting the new style. It’s a lovably goofball addition that makes the track as catchy as it is.

One almost wonders if the track is bittersweet for the Hound. It’s as catchy and as fun as any of the dayglo chartbusters from days of yore and, frankly, is a lot of fun. But, were this track released in 1985, surely, Houndy would be a millionaire ten times over today, from just radio rights and commercial licensing alone. But instead, he’s a weirdo garage punker with a mysterious alter-ego. Still, because this is an obscure track on an obscure label, the goal here seems to be art, not cash. To that end, Houndy excels to his highest degree.

Perhaps equally as interesting, the flip side might reveal the true purpose of the A-side. A cover of Rancid’s ‘90s classic “Journey to the end of the East Bay” the B-side may be as much of a challenge as it is an unepxcted cover. The A-side seemed to challenge the Hound to see if he could craft the ultimate ‘80s jam from scratch. He does. Yet, the B-side seems to challenge the Hound to see of he can create the ultimate ‘80s jam from the bones of a track that is definitely, undeniably, resolutely not from that time period. He does.

Houndy tears the lyrics from the song and drops a melancholy, drum machine beat behind it. He chooses to maintain the nostalgia that Tim Armstrong conjured in the original when reflecting on Operation Ivy, but adds a sparse, almost Kraftwerkian pulse behind the track. It’s sad and catchy- not an easy combo. The result that, when divorced from the original, the new tune sounds like something completely different. It shows both that how, rancid, when the hood is cranked open, really is just a pop band (in the positive sense) and it also shows how the Hound can see the connective tissue between wildly different genres and stick it together like it’s no big deal.

The Hound seems to be making daring choices- not in order to be daring- but to do something new, despite the fact that this music is rooted in music from 30 years ago. He's succeeding and one wonders that if straight-up punk might actually be a waste of his talent and his true calling lies with, maybe Carly Rae Jepsen or Charli XCX. When you have to stop and think twice about the quality of Ramonescore wunderkinds Mean Jeans in contrast to a side project, you KNOW you’re onto something special.