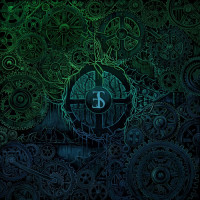 Straight off the bat - this isn’t a brand spanking new record. It came out in May, so we’re 5 months in at this point. I only point that out as I sincerely hope people, if they’re not already, might give this a listen. ETS have grown to be one of the leading lights in British heavy music over the last few years, from 2015’s debut Greyer Than You Remember to 2017’s sophomore effort The Warmth Of A Dying Sun, (which won Kerrang magazine’s album of the year in 2017) they’ve achieved the holy grail for heavy underground bands, in consistently becoming more popular, growing and developing their sound, without having to compromise.

For a snapshot of ETS’ sound, I’d probably point to a base of metallic hardcore, with a distinctly contemporary feel, but as their sound continues to grow with the band, the characteristics that define each of their 3 albums changes as well. Whereas their debut was a wild, fast, scattershot affair, TWOADS was a more refined version of their sound, including some entirely successful forays into uncharted waters in terms of structure and tone. Now onto their third record and their first for Spinefarm Records (subsidiary of Universal), there was a question of whether we might get something quite different. Mercifully, this doesn’t seem to be the case on a fundamental level. The production of the record certainly feels slightly more polished, but not at the expense of heaviness or aggression, I’m delighted to say. Justine Jones’ vocals remain rasped and furious, with chugging, squealing, guitar parts sharing the spotlight with moments of real craft. ETS do riffs better than most, and especially on this record.

Were I to pick something out of this record that sets it apart from the previous two, then I’d be stuck between pointing to the huge slabs of groove (that admittedly did exist to a lesser degree on TWOADS) which give the album an incredible swinging sense of momentum and actually contribute to the other differentiator; the amount of tracks that you could point to as potential singles. A couple of examples would, somewhat predictably, be the songs that were released as singles, but given how hook-driven the majority of the songs on the record are, there are maybe only a couple that don’t feel immediately catchy and familiar. Maybe album closer “Bare Bones On A Blue Sky” could be argued as a bit long and contemplative to be a true single but it does serve the record well in that regard. Outside of that, you’re treated to a series of 3-5 minute ragers that mean the record’s 41 minutes fair flies by.

I’m equally delighted by this album and the fact that ETS continue to deliver on the promise they’ve always shown. There’s no huge reinvention here, but as I mentioned earlier, that wouldn’t be a good thing anyway. Eternal Forward Motion is both a superb achievement, but also an undeniably apt title when looking at what ETS represent and continue to achieve.