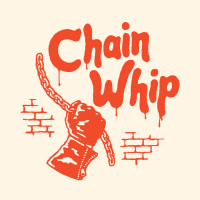 In a world full of hyper-specialization and niche marketing it often feels like a TrueFan™ has got to have some Genre Taxonomy Ph.D. to navigate the Pre-, Proto-, Post-, Alt-, -esque, -rock, -core, -ish, -isms prefix and suffix jumblefuck jargon jungle of the different flavors in the scene. That’s at least part of what makes Chain Whip’s 14 Lashes feel so simple, comfortable, familiar, while still refreshing and bold as hell.

This is the Vancouver quartet’s first full length release following a ‘17 Demo and a 7-incher last year. Self-released, and who doesn’t love to see that, this one screams on by in a tidy twenty minutes (let the pedants fact check that). 14 songs, as the title infers, of which only one cracks two minutes and two come and go cleanly inside sixty seconds. Brutal or Crushing aren’t the right words here, this album is a notch or two lower, but definitely on that side of the knob. The vocals spasm between articulate growls and nearly indiscernible grime-throated grunts. Crunchy guitar tone and fit, economical drum stylings keep ‘er moving, and also prop up the vox at center stage. It’s hard, fast, captivatingly well-done straight-ahead punk.

14 Lashes crushes forward at a rapid pace. Filing in after instant-classic “(I Don’t Wanna Live in a) Fucked Up World” the fifth track “Concrete” feels almost like a calming point in the track listing when it’d headline any number of other punk records churning out this year. The longest track, “Turner Street Ghost Motel”, is a lot of fun and an artfully melodic midpoint that doesn’t expend any of the immediacy or speed we’ve been mired in thus far while entertaining some storytelling and the albums most memorable melody. “Negative Justice” and “Code White” are show-ready ear pleasers/splitters you’ll be singing along to on the very first listen.

Look, it’s certainly a sound that we’ve heard before, but rarely so compelling. Chain Whip release a statement here that makes clear their comfort and dominance in the old bars and barns the scene used to burn down night after night before all their peers went out to expand the genre’s landscape with new sounds and cross-genre influences. Let me be clear, there’s no odor of stagnation here, just fresh cuts from a fresh band driving home an old formula and old ingredients in an urgent time when the sea of overly hyphenated descriptives makes tracking down a scorching good straight-up punk record a task as quixotic as finding a decent bag of regs back home that isn’t some designer strain color adjective bullshit.

I’ve got to finish a playlist later tonight for a trip to Detroit with my old buddy Steve, and when Chain Whip comes on I won’t need to explain where they’re from, what they’re trying to do, or what sub-genre this is, all I’ve gotta say is “Hey Steve, here’s some punk”, and then all the holes in Steve’s big head will be filled with some punk. Or maybe I won’t say a damn thing, because this tape is pretty fuckin’ loud.