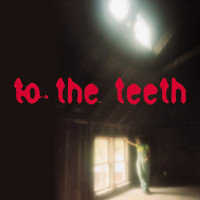 Ani DiFranco, has always been a songwriter I’ve found myself returning to for any number of reasons. Typically, it is because my life ends up lining up with one of the songs she’s written about love, life, or politics. The title track of this album, most definitely, is political in nature. The song, originally written as a response to the Columbine Massacre, was something I sought out almost as an affirmation of my anger whenever a mass shooting or some other form of gun violence occurred. That changed for me this year. If you’ve been reading my reviews on here for any length of time, you likely know I’m from the Midwest. If you’ve been here a while, or have read my older reviews, you might recall I live in Dayton, Ohio. Yes, that Dayton, OH. No, I wasn’t downtown when the gunman opened fire. Yes, I know people who were. Yes, I know someone who was shot. No, I don’t know anyone who lost their life late that night/early that morning.

But, it still changed the way this song impacts me. It used to be a fist in the air shouting along with Ani as she sang the last several bars of the song anthem. The first time I heard it was roughly a week later, it came on our local NPR station and for some reason I just decided to ride it out. I had to see if I could still listen to it, and what better time than on your way into work an eight-hour shift, right? I recall sitting in the parking lot, a bit of a mess. The song was still empowering, but also cathartic, and it gutted me on a lot of levels. The song was still powerful, but in a new way. The song was still powerful, in a new way. And, for the first time in a longtime, I didn’t find myself singing along with the last several bars of the lyrics. The signup sheet for 1999 retro reviews went up less than three weeks later. I decided I needed to dig into this one, maybe for the music. But, for me as well. I don’t know, it just seemed like a thing to do.

Aside from the title track, which would have fit it with the music on most Ani’s earlier material, the overall feel of this album delves into new musical areas for her. She’d incorporated sampling and some other pop/rock instruments onto each of her last two albums, but she hadn’t experimented with blues, jazz, and funk in the same manner she did here, yet. Most of these experimentations, prove mostly successful. With a few that meander a bit longer than needed or hit the sound you’d associate with said genre a little too much on the nose.

The albums midsection finds Ani not backing away from the political as the track “Hello Birmingham” is a direct and emotional response to the shooting murder of Barrett Slepian, an American abortion doctor, and to the bombings of two abortion clinics by Eric Rudolph. A man who, most likely, is more well known for setting off a bomb during the 1996 Olympics in Atlanta, Georgia. Women’s reproductive rights have always been an issue Ani has shown a passion for, and she does so quite passionately on this track.

Elsewhere, when she steps away from the politics, Ani finds herself looking at love and self-examination. She does this on tracks like “Soft Shoulder” with great skill. She also understood the importance of making each song have a feel relative to its lyrical content. You weren’t getting big funky Dixieland jazz influenced songs about the quiet nature of heartbreak.

While this would prove to be her strongest effort for the next several years, she’d also released so many super strong albums at the beginning of the 90’s this one had a hard time measuring up. The title track is incredibly powerful, as are a few other songs on the album. But, it lacks the cohesiveness of earlier albums like Not a Pretty Girl, Dilate, and Out of Range. There were also moments that just didn’t sound as organic as her earlier material. As much as I talked about the title track, listening to this all the way through is a reminder of why the whole album isn’t revisited as often as her other material.