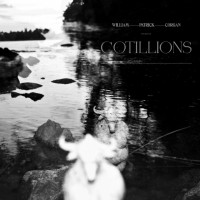 In 1984, Sylvester Stallone was two years removed from Rocky III and First Blood. By the time 1985 ended, Rocky IV and Rambo: First Blood Part II would propel him to one of the biggest movie stars in the country. This, however, was 1984, the one year in the eighties where Stallone wouldn’t make a major action film. Instead, he and Dolly Parton co-starred in a musical comedy called Rhinestone. Thanks to Billy Corgan, I got to mentally revisit that film today.

The plot of Rhinestone centers around Jake Farris (Parton) making a bet that she can turn any regular guy off the street in a country music superstar. Enter Nick Martinelli (Stallone), who plays your stereotypical New York cab driver in the 1980’s. Nick not only has no idea how to be a country singer, but also disavows the genre early in the film. Jake then spends most of the film trying to mold Nick into a country star, like it was an American Idol boot camp of some kind. Aside from Stallone’s less than successful attempts at singing, the movie derives most of its humor from how inauthentic Nick is. It also, most likely unintentionally, comments on the rise of many “all hat, no cattle” country singers throughout the 1980’s.

Enter Billy Corgan. For nearly his entire career Corgan has been known as a mainstay of the alternative rock scene. Smashing Pumpkins churned out some of the most popular records of the early to mid-nineties. It’s 2019 now, Billy Corgan has started using his legal name William Patrick Corgan on albums. His latest is an attempt at Americana/Alt-Country and there are two reviews to be written here. One of the players on the album, and the other of Billy… I’m sorry William’s vocal and lyrical contributions.

Musically, this album has some of the best session musicians in Nashville working on it. And it shows, the songs are well constructed and the playing sounds authentic. If you were to play the instrumentals from this album, people wouldn’t likely doubt you if you said it was an unreleased studio session from a pre-Summerteeth era Wilco or instrumentals from an unreleased Neko Case album. So, I’ll give credit where credit is due … Corgan and these musicians hammered out an album’s worth of great sounding Americana music.

The issue comes when Corgan begins to sing, and it’s not his nasally voice that doesn’t work, 16 Horsepower had David Eugene Edwards on vocals and wrote some of the best Alternative Country albums ever recorded. The issue lies with the fact William Patrick Corgan is still Billy Corgan. He still, too often, thinks his voice deserves to be the loudest in the room. He’s still a city boy hung up on big ideas; which isn’t to say big ideas have no place in country music Johnny Cash, Kris Kristofferson, and John Prine all showed us otherwise. It’s that they understood how those big ideas needed to be presented to the people who live in what is today known as flyover country. In short, Billy Corgan is too smart for his own good on this album. As a result, this attempt at Americana/Alt-Country feels less than authentic and at times forced. Corgan called it a labor of love, but too often it ends up sounding more like labor.

This brings us back to the 1984 Stallone film, Rhinestone, the biggest thing that stood in Nick’s way wasn’t his less than stellar singing voice. It was the fact he didn’t feel at home doing what he was doing. It was that he was just a cab driver from New York wearing rhinestones and singing over a pedal steel guitar. In order to succeed, he had to figure out how to change that. Too often Corgan feels like the big ideas’ city boy trying to make a country album. He presents songs that are conceptually about simple people in rough times in a manner that simple people in rough times aren’t going to pay attention to.

I’ve read this album was written after a road trip through America. And lyrically, he writes about small towns, religion, and some of the more depressing aspects of rural life. But he writes about them like someone who drove through them. Not as someone who lived through them. While country and punk may, frequently, be a million miles apart politically. When they’re at their best, it’s because they sound authentic. It’s why Rancid and Dolly Parton can write songs about being broke and struggling to get by even after decades of not having to worry about those things. We all know they have lived through those things. My advice to Billy Corgan, if you want to write an Americana album about the people who live in these tiny rural towns of middle America; next time … get out of the car more. Otherwise you’ll always be Billy from Chicago, just like Nick was always a cab driver from New York.