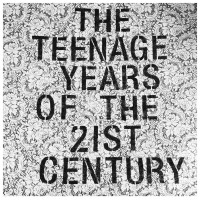 I don’t have a lot of positive thoughts about Ohio. I’ve avoided it this year which is a first for me having been born there with most of my family still living there. I’m only set to go back over the holidays later this month on a perilous journey for a not yet determined time to my birthland of Lorain or the surrounding area depending on which couch causes me the least drama amongst said family. So, it was a bit of fate that Ohio-based Micah Schnabel’s new album The Teenage Years of the 21st Century landed in my pile for Punknews as I contemplate and steel myself up for this trip. There is one thing I positively associate with Ohio and it’s Schnabel’s musical output. It continues here in chronicling the things that define that state for those who haven’t actually just flown over it.

“A nuclear war / Is knocking at the door / Synthetic heroin / Has killed most of your friends / And the dealers all had medical degrees” laments Schnabel about the state of the last decade aptly titled “An Introduction.” Immediately, as the The Teenage Years of the 21st Century played on, I was dropped right back in Ohio. Schnabel has a canny talent in capturing a state driving out its populations by forcing religion on its culture and laws, killing itself off the tons of pain pills pumped in via Big Pharma, and is redefining the minimum part of minimum wage to maximize bottom lines and turning them into indie-folk anthems. “I’m asking you if you’re ok / In this new anxiety age?” questions Schnabel before adding “Being alive is so expensive / But being dead is such a lousy alternative” on “How To Ride A Bike.” That’s Ohio.

The Teenage Years of the 21st Century has Schnabel interweaving stories of travels, the lessons it’s instilled in him, and how that empathy for others informs his current worldview. “Memory Currency” has the singer reminiscing of travels in Ireland and Croatia and a Vanessa from San Francisco. He admits “These memories / they are my only currency” before resigning to the fact that “I am alive / And I will never again be as young as I am right now.” The album finds symmetry in his lyrical reflection in acoustics mixed with lower-fi aesthetics. Songs like “Death Defying Feats” show off Schnabel in a softer stance. Despite the tempered restraint that colors the release, it doesn’t stop him from occasionally jamming out, see “New Shoes” or “A Celebration.”

As I think to upcoming travel to Ohio, I’ll be looking to this set of songs – as I do every set of songs – by Micah Schnabel to find that empathy that will pull me through the requisite hometown blues. It’s hard to hear The Teenage Years of the 21st Century as any other soundtrack. So when Schnabel sings, “My uncle / He hates immigrants / Talks about it on the internet / He lives in a town that’s 96 percent white / So how do I talk to him and try not to fight / With an angry, racist, rural, male stereotype” on “Remain Silent,” it’s hard not to deeply feel this.

Gideon: Out of Control