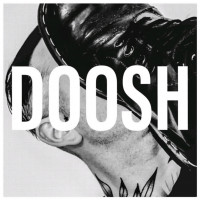 Is there a word for a band who aren’t a ‘joke’ band, aren’t a ‘gimmick’ band, aren’t a ‘theme’ band, but are genuinely funny? I don’t know that I can think of another band who sit in the same bracket and I’m even more sure that if there are any, then the chances are their music might be of questionable quality. In this way, The Hell are a real aberration. For anyone not familiar, we’re dealing with an (initially, at least) 12-piece, bandana-face-mask-wearing, hyper-London, potty-mouthed, party metal/hardcore gang, I suppose. Consider those aspects whilst also bearing in mind that on top of the crazy amounts of aggro bounce, the vocals are delivered by various members with a full bucketload of London vernacular, in a combination of screamed, sung and rapped deliveries, overflowing with bravado and the sense of a band just having the best time. All that and it’s also done with a knowing wink.

The Hell last released a record in 2015; Brutopia, with Groovehammer a year before in 2014 and debut You’re Listening to The Hell in 2013. As such, this EP (classified as an album on Spotify) is something of a comeback, and one that I think a lot of people are going to be happy about. The Hell do something that is loud, abrasive, obnoxious, but more importantly, unique. Maybe because of that fact, I haven’t been able to stop listening to these 4 tracks for the last couple of weeks. The whole EP comes and goes in just under 11 minutes, but every second is full of chugging riffs, absurd lyrics and clever flourishes. The 70’s cop show guitar/flute intro of “Jump the Fuck Up” and the bombastic soul delivery of the line ‘It’s The motherfucking Hell…’ before “Best Around” kicks in are just a couple of highlights; both of which have a real G-funk feel to them, bizarrely. These things simply shouldn’t work. But in the hands of The Hell, the pieces fit just right.

The track titles serve as a snapshot into The Hell’s world. Those I’ve not yet mentioned are the title track “Doosh” and “Taste Tha Flava”. It’s this brilliant amalgam of colloquialisms, braggadocio, comic trimmings, invention and straight-up huge tunes that make these songs so much fun. I’ve actually gone back and listened to the earlier records a lot in the last week as well and I’ve realised how much I’ve missed The Hell. Their social media presence doesn’t hurt either. These are genuinely funny people we’re dealing with, but ones that don’t let their music suffer in pursuit of laughs. Rarely does headbanging in the car or walking down the street leave me with a smile on my face like these songs have.

I am conscious that the band’s schtick is outlandishly London-centric and might not translate so well elsewhere in the world but give it a listen and if you get even a fraction of the enjoyment out of this that I do, then it’ll have been well worth your time. You’re fucking welcome, mate.

Desperate Acts: Summer of Panic
Go to the review index